The 1st World Cup of the Year is completed 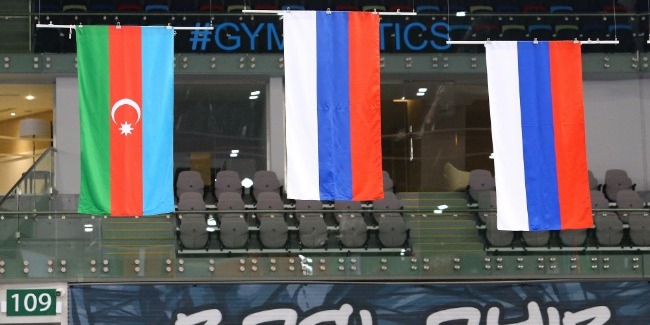 Azerbaijan Gymnastics Federation (AGF) has successfully hosted the first international event of the year. There was held the FIG Trampoline Gymnastics World Cup and Tumbling at Milli Gimnastika Arenasi (National Gymnatics Arena) on February 16 & 17. More than 160 gymnasts took part in the tournament held with the participation of 30 countries.

Within 2-day competitions, many famous gymnasts competed not only for the medals but also for qualification for the Tokyo-2020 Olympic Games.

The World Cup started with the performances of tumblers. One of the events` favourites – our gymnast, Mikhail Malkin won the Silver medal and mounted the 2nd step of the podium. Our representative was also awarded with the “AGF Trophy” having received the highest execution score during the events.

Afterwards, the jumpers, taking over the Field of Play, presented their performances to the judges. In the synchro and individual competitions, Japan, Canada, China, Belarus, Australia, Brazil and United States of America succeeded to include their names into the list of the medalists.

Detailed information about the competitions` results can be found here:

One more prestigious event expects Baku spectators. There will be held the FIG Artistic Gymnastics World Cup at Milli Gimnastika Arenasi on March 14-17. The representatives of 44 countries are expected to perform at this World Cup qualifing to Tokyo-2020 Olympic Games.