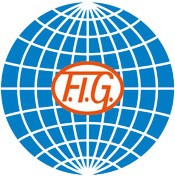 According to the press service of Azerbaijan Gymnastics Federation (AGF), the presentation of Baku-2019 was made by the FIG Council member, the AGF Secretary General, Farid Gayibov, taken part in the meeting. His speech, accompanied by a short video about the sports archievements of Azerbaijan in recent years, recalled that Baku already hosted the Rhythmic Gymnastics World Championships in 2005. "That was the first World Championship in Olympic sports discipline in our country which was held at the high organizational level. Then, the capital twice organized the European Championships (2007, 2009) and Baku will open the doors of the new National Gymnastics Arena for another European Championships next year," he said.

AGF Secretary General also thanked FIG representatives, who recently came to Baku with an inspection visit and emphasized that these World Championships would qualify for the Olympic Games in 2020.

Another event, not less important for the Azerbaijan Gymnastics Federation, also has taken place in Liverpool. Thus, the international relations’ manager of the National Federation, Mehman Aliyev, was elected as a member of the FIG Disciplinary Commission. The majority of the Council delegates voted for his candidacy. The representatives from Switzerland, Belgium, Tunisia, Serbia and Syria also became the colleagues of M. Aliyev for the upcoming 4 years.

According to the Commission’s new member, his main duty will be examining of the violation of rules made by athletes during the competitions and training sessions, imposing sanctions for the usage of performance-enhancing drugs and developing actions for decreasing of different negative cases.

Finally, the third good news has come from Sofia, where another World Cup Series in acrobatic gymnastics took place. A champion of the Euro-2009 within women’s pair Ayla Ahmadova was elected as the representative of the FIG Athletes Commission during the elections held within the framework of the competition.

"As you know, my election as the representative of this Commission automatically makes me a member of the FIG Acrobatic Gymnastics Technical Committee," she said. "Therefore, it is a double responsibility for me, a new challenge, and, I will share all my knowledge for the development of Acrobatic Gymnastics and I will help all athletes in achieving high results."