THE BEST RESULT – THE 4TH PLACES 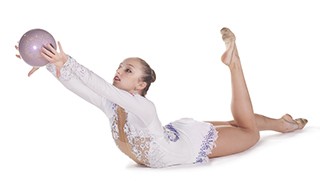 An Azerbaijani gymnast Marina Durunda has taken the fourth place at the World Cup series held in Italian city of Pesaro. According to the press service of Azerbaijan Gymnastics Federation, the national team’s leader reached all 4 finals where she demonstrated her best performance with clubs and took the fourth place. She became the fifth in a composition with a ball and the sixth - with a hoop and the eighth - with a ribbon. An Azerbaijani team in group exercises consisting of Sabina Abbasova, Siyana Vasileva, Aliya Pashayeva, Diana Doman, Aliaksandra Platonova and Aynur Mustafayeva ranked the sixth in the final with 10 clubs and the eights – in an exercise with 3 balls / 2 ribbons. In the competitions among juniors, Zhala Piriyeva took the 4th place with a hoop and a ball brought her the fifth place, while Zuleykha Ismayilova became the fifth with a ribbon and the sixth with clubs. Meanwhile, the European Championships in trampoline gymnastics and tumbling have come to the end in Portugal. Making their debuts in the continent’s Championships, Oleg Piunov and Ruslan Aghamirov took the 22nd and 32nd places among 66 competitors accordingly, and, Sabina Zaitseva became the 24th among 46 women athletes in trampoline. A junior gymnast in tumbling Turkel Uzeyirli, who also performed at such a competition for the first time, took the 23rd place.