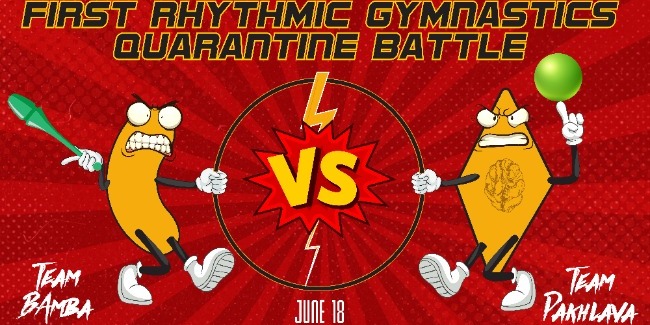 At a quarantine period, when there are no competitions, the Azerbaijani and Israeli National Teams in Rhythmic Gymnastics have decided to hold a joint online battle.

The purpose of this battle is to help gymnasts to feel again the spirit of the competition at a time when gymnastics events are postponed, to have fun, as well as to strengthen cooperation and friendship between the teams of the two countries.

The teams of Azerbaijan and Israel qualified for Tokyo-2020 Olympic Games will participate in this contest called “Battle”. One team from each side will test its strength during the competition.

The Azerbaijani team is called "Pakhlava" - one of our national sweets, and the Israeli team has chosen the name of "Bamba" - the famous snack of this country.

During the competition, gymnasts will take part in several relay games. In the period between the games, the team members will demonstrate various exercises with Rhythmic Gymnastics apparatus. At the end of the competition, the teams will be asked 10 questions related to Rhythmic Gymnastics and they must answer the questions within 2 minutes. A surprise awaits the winning team at the end of the battle.

In fact, the word "winner" in this competition is symbolic. Everyone will be considered as the winner here, because the purpose of the competition is to give a good mood to both gymnasts of the two countries and the followers.

You can watch the very interesting first quarantine battle of Rhythmic gymnasts on June 18 at 17:00 Baku time (Israeli time - 16:00). The competition can be watched live both on Facebook and YouTube pages of Azerbaijan Gymnastics Federation.

Do not miss the battle! 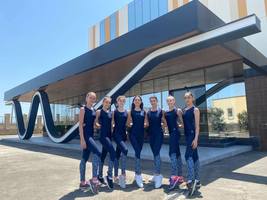 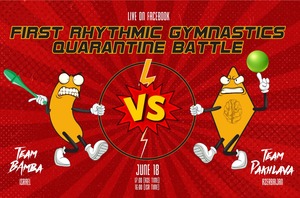