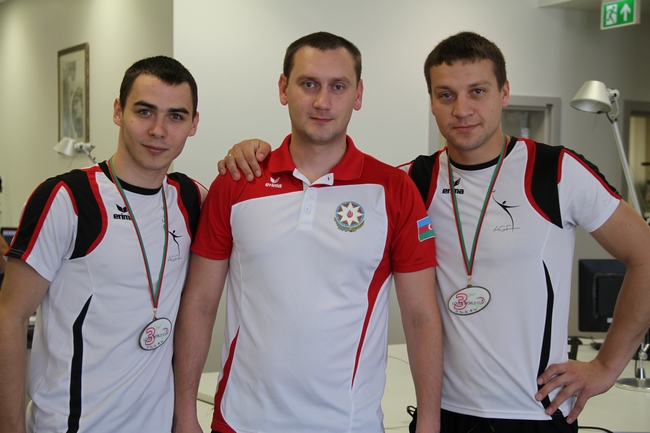 Azerbaijani trampoline team made a breakthrough at the World Cup held in Portugal this weekend. Thus, our team of Oleg Piunov and Ilya Grishunin won bronze at the Cup. For the first time in the history of independent Azerbaijan, athletes of this sport became prizewinners of the international competition. Perhaps, their synchronous performance has left indifferent no one of those present.

Earning high score from judges (48,600 points), our gymnasts slightly conceded athletes from Russia. Athletes from China, who received 50,900 points from the judges, won the gold medal of the competitions.

Performing in the individual standings, Piunov took 16th place, while another member of the team, Ruslan Aghamirov became the 20th and Grishunin – the 40th.

Given the fact that Azerbaijan Gymnastics Federation has recently began to develop trampolining, and the World Cup was a serious event attended by the leaders of this kind of sports, then the result shown by our gymnasts is a real triumph.