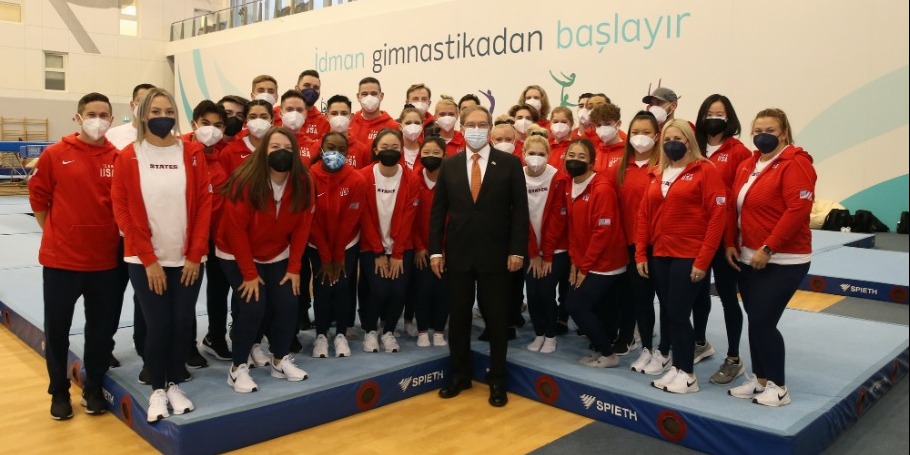 US Ambassador to Azerbaijan Lee Litzenberger visited Milli Gimnastika Arenasi (National Gymnastics Arena) in Baku, where he met with the US national team, which arrived in Baku to participate in the 35th FIG Trampoline Gymnastics World Championships.

The ambassador reviewed the conditions created for the training of athletes in the National Gymnastics Arena.

Litzenberger talked to the gymnasts of the US national team, who talked about the preparation for the World Championships.

The 35th FIG Trampoline Gymnastics World Championships will be held in Baku on November 18-21.

About 270 gymnasts from 33 countries will take part in the competition.

The athletes will perform in the individual and synchronized trampoline, as well as tumbling and double mini program at the championship, which will last four days. The winners in the team competition will also be named. 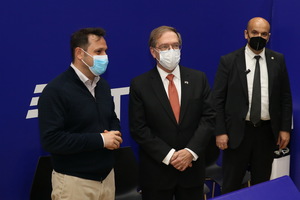 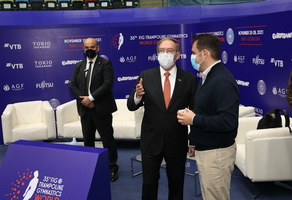 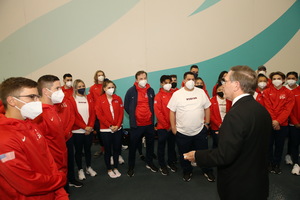 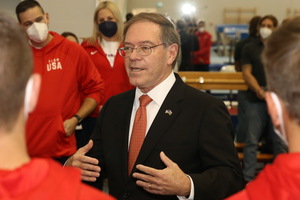 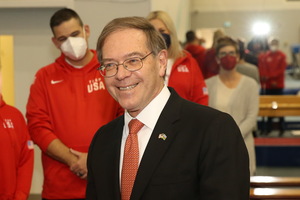 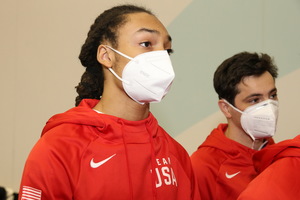 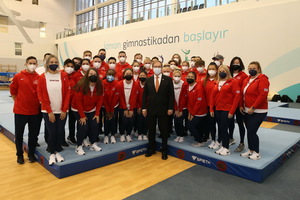