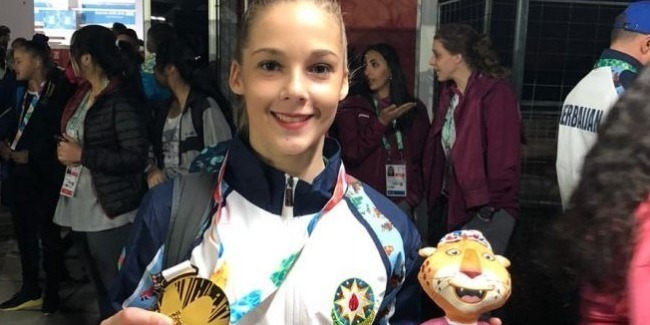 At this games, representatives of Gymnastics disciplines competed not only in the individual program, but also in a team competition. Thus, all participants were divided into 13 teams named after legendary gymnasts.

Yelizaveta Luzan was also included into the team of four- time Olympic Champion– Simone Biles. Along with our gymnast, athletes in 4 Gymnastics disciplines (Artistic, Rhythmic, Trampoline and Acrobatics) representing Bulgaria, Australia, China, Singapore, Vietnam, Spain, Italy, Russia, Ukraine, South Africa and Hungary, were within this team. The participants of the Games, including Yelizaveta Luzan, gathered points according to individual routines in a team competition, and consequently, our gymnast was one of the Gold medal winners.