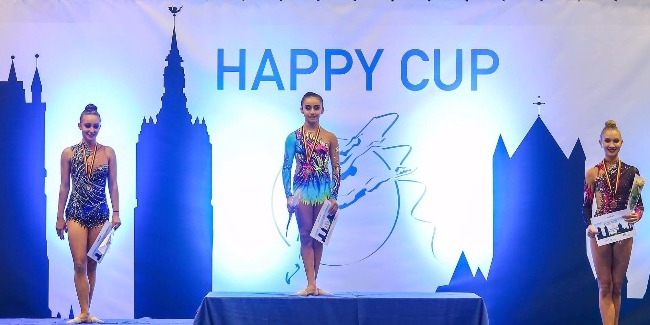 So, the owner of these medals, member of the National Team Zohra Aghamirova distinguished herself with flawless performances among 27 competitors and won her first gold medal namely for the most difficult program – in the All-Around.

Afterwards, performing her compositions on the Field of Play with more confidence, the gymnast, having left behind all her rivals, won another 3 gold medals for final performances with a Hoop, Clubs and a Ribbon. Thus, she succeeded in proudly sounding of Azerbaijani anthem at the sport arena of Ghent 4 times.

Zohra won the silver medal for her performance with a Ball.

Representing our country among juniors within the tournament, Yelizaveta Luzan took part in two finals. The young athlete ranked 4th with a Ribbon and 5th with a Ball among 57 gymnasts.