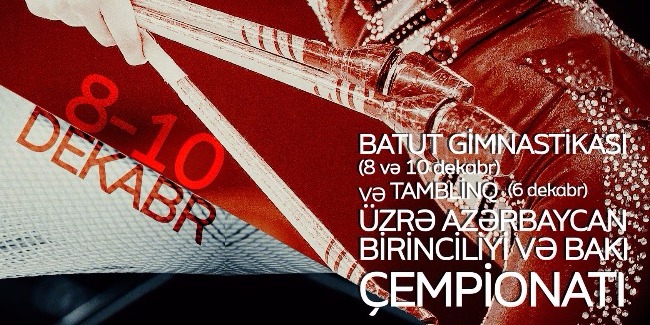 Athletes from Ismayilli, Goychay, Ganja, Gusar, Shirvan, Shaghan, Kurdamir, Nakhchivan, Mingachevir, Khirdalan and Sumgayit will take part in the Interregional Cup, already organized for the 4th time. At the Cup, youngsters will perform without apparatus and with a hoop, while the pre-juniors will demonstrate their performances with a ball, clubs and a ribbon.

The most interesting point of the tournament can be considered its last day. So, the coaches will perform in front of the audience to present their programs at the events of show nature called as “Golden Age”. Our girls, who had stopped their career as a gymnast several years ago and started to work as a teacher-coach, will return to those years by demonstrating their skills on the Field of Play.

Tickets for the events can be purchased from the Arena’s ticketing office. The price of the ticket is 10 manat.

The more detailed information about the competitions can be found on the Federation’s website. The competitions will be broadcasted on “gymtv.online”.