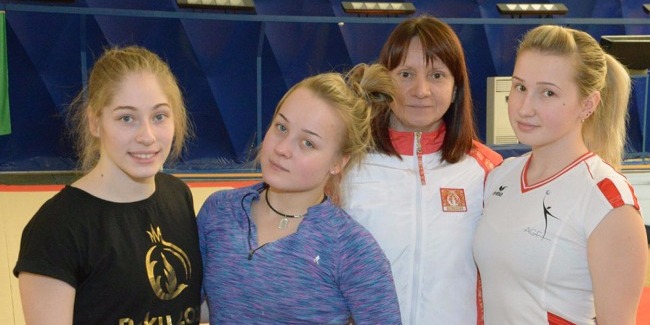 “As always, we expect only good results from the FIG World Challenge Cup in Artistic Gymnastics to be held in Baku,” said Head Coach of the Azerbaijani National Team in Women’s Artistic Gymnastics Nina Pravdina in her interview with Trend New Agency.

According to her, at present, gymnasts are ready for 70-80 percent.

“But we still have the main week ahead which promises to be strained in terms of preparation for the competition. So, we will try to be in a good form by the start of the event. The girls have some slight injuries, but we try to be strong, undergo treatment and work hard,” Pravdina said.

She emphasized the excellent preparations for the Cup at Milli Gimnastika Arenası (National Gymnastics Arena). “The preparations are going in an intensive way, and it will be very interesting. One of the best parts of the competitions is an Opening Ceremony. In general, this will be the best World Cup, as, in my opinion, no one could hold it better than Azerbaijan. Everything is prepared here at a high level,” Pravdina said.

The Head Coach noted that the gymnasts have complicated their program. “We have added some elements to the routines on uneven bars and balance beam. There is still a need to make some adjustments in floor exercises, but it is not a new program. There will not be a team competition in the World Cup. Marina Nekrasova will perform on all four apparatus, Yulia Inshina on three apparatus – uneven bars, balance beam and floor exercises, while Maria Smirnova will perform only vault,” Pravdina said.

She added that another World Cup series, Pre-Olympic Test Event in Rio de Janeiro and the European Championships anticipates the Azerbaijani gymnasts ahead.