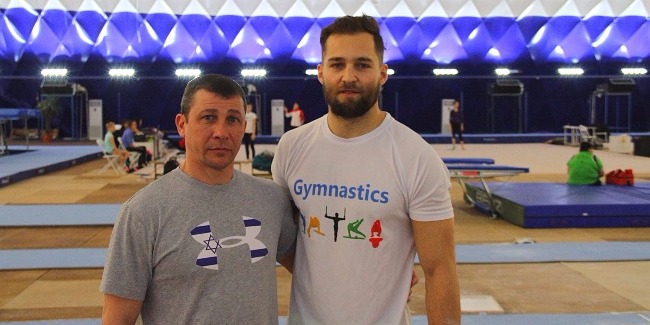 “The FIG World Challenge Cup in Artistic Gymnastics in Baku to be run at the highest level,” Israeli gymnast Alexander Shatilov told Trend News Agency in his interview.

“It is very pleasant to visit Azerbaijan again, where I have already been to several times, including the Baku 2015 First European Games. Azerbaijan hosts the FIG World Challenge Cup in Artistic Gymnastics for the first time and I think that this is quite important event for the country. I am confident that the competitions will be held at the highest level,” he said.

The athlete stated that he does not have a task to win at any cost. His main objective is to try out new combinations. “This is my first event after the World Championships in Glasgow which was not very successful for me. Therefore, we have made certain conclusions. For me, these competitions are a preparation for the test events to qualify for the Olympic Games, as well as the Games itself. If everything goes according to the plan, then, there is a good chance to mount the podium and it would be a good bonus to the experience I am going to gain here,” Shatilov said.

The gymnast also emphasized, that, although, a significance of the World Cup is less than the European Games, where he participated in, it will not be so easy to achieve positive results due to the participation of Asian gymnasts in the events.

According to him, the Azerbaijani gymnasts will be one of his main rivals in the contest for the medals.

“As for the level of athletes, there are several very serious gymnasts, such as representatives of Japan, Azerbaijani gymnasts - Oleg Stepko and Petro Pahnyuk. But, I think that everyone needs to set his own task and do not look at his rivals,” Shatilov said.

In his turn, the Head Coach of the Israeli national team in Artistic Gymnastics, Sergei Vaysburg, noted that it would be more difficult to achieve positive results during the World Cup than it was at the First European Games. “At the European Games, there were gymnasts from Europe only. But, this is the World Cup and athletes from all over the world will gather here in Baku. Today, we shall mention Asian gymnasts who are one of the strongest gymnasts in the world. Anyway, we are here not only to participate, but also to try to take any prize-winning places,” he said.