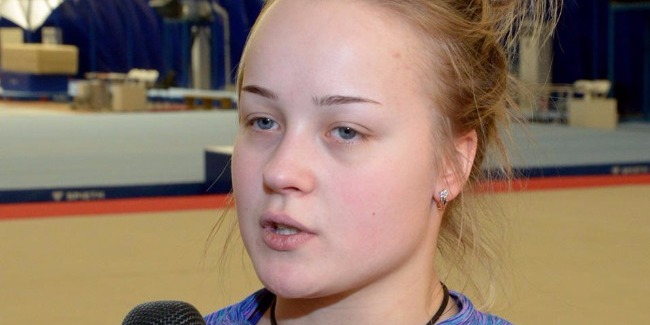 “We will compete for the top places at the upcoming FIG World Challenge Cup in Artistic Gymnastics to be held in Baku,” said Azerbaijani gymnast Yuliya Inshina in her interview with the Trend News Agency.

“Preparations areproceeding normally, though we are not ready for 100 percent, but we still have time. Soon we will move on the field of play and try out our exercises on apparatus there. I think that everything will be good,” Inshina said.

According to her, Milli Gimnastika Arenası (National Gymnastics Arena) has been ready to host the tournament for the long time.

“Arena is ready and waits for the spectators, athletes and guests, who will come to watch the competitions. It is ready to host absolutely any tournament,” Inshina said.

The gymnast added that the goal at the World Cup is to reach the Finals and to compete there for the award winning places.

It should be mentioned that the FIG World Challenge Cup in Artistic Gymnastics will be held on February 19-21 at Milli Gimnastika Arenası in Baku which hosted 6 gymnastics disciplines during the First European Games. 44 men and 22 women gymnasts from 19 countries will compete for medals in Apparatus Finals of the World Challenge Cup. Qualifications among both men and women on the first two days of the competitions to be followed by Apparatus Finals on the last day. Various contests and entertaining flash mobs will be organized for the spectators in the course of the event.

Bronze medalist of the World Championships on Parallel Bars, only Azerbaijani athlete won five medals at the Baku 2015 First European Games Oleg Stepko, as well as his team-mate Petro Pakhnyuk, who became a bronze medalist in team competition together, are in the list of favourites.