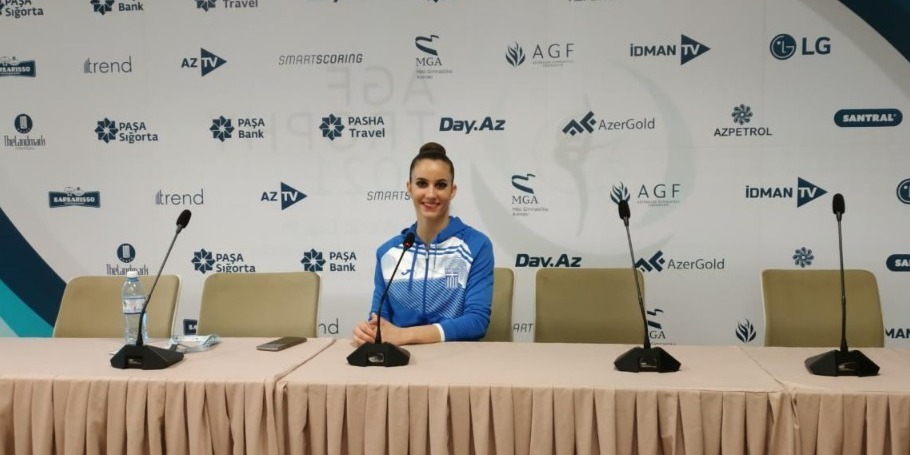 "All gymnasts were provided with the necessary time to train for the Rhythmic Gymnastics FIG World Cup, AGF Trophy 2021 in Baku", a gymnast from Greece, Eleni Kelaiditi told.

Kelaiditi added that she would like to take a walk around Baku, see the sights, all the top landmarks of the city.

"Despite I have repeatedly taken part in the competitions in Baku, I still haven’t had the opportunity to take a tour of the city,” the gymnast said. “I hope that this time I will be able to go sightseeing. Baku is a very beautiful city, I would like to see the sights."

The athlete emphasized that she had enough time to train for the performance.

“All conditions were created for us at the stage of pre-competition training in Baku,” Kelaiditi said. “All gymnasts were provided with necessary time for training, we were able to thoroughly train.”

“The competitions are being held at a high level,” the gymnast said. “Everything was thought out to the smallest detail. I did not even feel that there were any spectators in the hall. I come to Baku for the fourth time. Everything is native to me."