Altay Hasanov: “It is time to nominate National Federation’s Secretary General for the European Union of Gymnastics’ presidency” 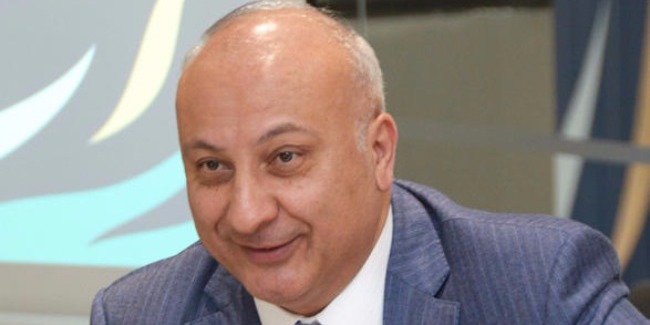 “Azerbaijan has great experience in holding competitions of international level at Milli Gimnastika Arenası (National Gymnastics Arena),” Vice-President of Azerbaijan Gymnastics Federation (AGF) Altay Hasanov said while answering the journalists’ questions about the preparation for the FIG World Cup in Trampoline Gymnastics in Baku, to be held on March 5 & 6.

Hasanov noted that the FIG World Cup in Trampoline Gymnastics is held in Baku for the first time as this gymnastics discipline was not developed in Azerbaijan before.

"It is only two years since we started to popularize this gymnastics discipline. The events in trampoline gymnastics also took place for the first time at Milli Gimnastika Arenası within the framework of the first European Games. Now, the first World Cup in Trampoline Gymnastics, with which starts the FIG international calendar in this gymnastics discipline, will be organized. I think we are ready from the organizational point of view. The only thing to do is to prepare the team of athletes,” the vice-president said.

The Federation’s Vice-president expressed his regret over the fact that this year the country failed to qualify for the Olympic Games in this gymnastics discipline, but hoped for Azerbaijani gymnasts’ good performance in Baku.

“We will further continue to develop this discipline in the country, as well as other gymnastics disciplines. Our Milli Gimnastika Arenası is very beautiful, unique and specific. All conditions for athletes, coaches and even for parents have been created here. As you know, during competitions, we organize a variety of entertainments. We can see a lot of young people inside the Arena, parents with children, they come and enjoy their leisure time. This is the most important thing, since it is the popularization of sport. One of the most essential goals is not only achieving the results, but also attraction the youth, and we succeed in it. Gymnastics has become very popular in Azerbaijan, and not only rhythmic gymnastics, the development of which started  more than 10 years ago, but also Artistic Gymnastics and Trampoline Gymnastics.” the Vice-president noted.

"There will soon be no free space for newcomers. We will try to develop other disciplines as well, aerobic and acrobatic gymnastics what we're already doing," the Vice-president said.

According to him, when the development of Rhythmic Gymnastics was only starting in Azerbaijan, the halls were almost half-empty. But within a few years, fans themselves began to attend the competitions.

“Along with promotion, there should be a desire to come and see. This hunger is at a high level in Rhythmic Gymnastics, and there is also a progress in Artistic Gymnastics too. As for Trampoline Gymnastics, the tickets are being sold. It may seem unusual for us, but people want to see and we do not make anyone to come. Things were different at the first European Games. There were all six gymnastics disciplines on one field of play,” A. Hasanov said.

According to him, the seats at the World Cup in Trampoline Gymnastics in Baku will not be empty.

"Announcements have been launched, media outlets reported about the competitions. I think it will be interesting for the audience. It is something new for us. They just need to come and they will not regret about it. Azerbaijan Gymnastics Federation has entered the rating list of meritorious federations, activities of which are distinguished by the International Federation of Gymnastics (FIG) second year in a row. We will even be awarded with prize money. We host a number of events one after another, and, besides, we take part in almost all major competitions, send our athletes, delegations – in one word, we actively participate in global gymnastics life,” Altay Hasanov emphasized.

Moreover, the Federation’s Vice-president said that Azerbaijan already has its own sports officials. "We are represented at the FIG. It is very important that Secretary General of Azerbaijan Gymnastics Federation Farid Gayibov is also the Vice-president of the European Union of Gymnastics (UEG). I'd like to say that we feel so much strength and potential that we will nominate Farid Gayibov for the UEG presidency next year. I think he is a decent sports official brought up in Azerbaijan and highly respected in gymnastics world. We will support him. We hope that he will progress further,” the Vice-president said.

”We hope for your support as well,” the Federation’s Vice-president told the mass media representatives.