An Azerbaijani gymnast: “Our work at trainings to show itself during the competitions” 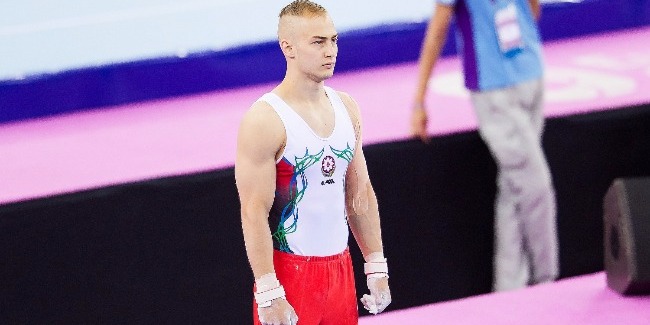 An Azerbaijani gymnast: “Our work at trainings to show itself during the competitions”

“Azerbaijani gymnasts’ hard work during the trainings will show itself at major tournaments,” Azerbaijani gymnast Petro Pakhnyuk said in his interview with the Trend News Agency, on the threshold of the FIG World Challenge Cup in Artistic Gymnastics - the first one in this sports discipline to be held in Baku on February 19.

“We are seriously preparing for the competitions, without feeling tiredness and with all our power. We spend all day in the hall and I think our intensive work will prove itself. The work done will get its result,” Pakhnyuk noted.

According to him, the World Cup is the 2016’s first major competition. “The season’s first event is very important for us as we host it at home. Afterwards, we will prepare for the Olympics step-by-step. Following our World Cup, there will be another one in Qatar. Pre-Olympic Test Event qualifying for the Games will take place in Rio de Janeiro in April,” Pakhnyuk said.

He also added that Milli Gimnastika Arenası (National Gymnastics Arena) is ready for the event for 100 percent. “Arena was ready for the event even two weeks before the World Cup, so we can host the competitions even today. Very good gymnasts will come to Baku for the Cup: a very strong Japanese team, a few high-class gymnasts from Israel, as well as Ukraine stably brings good athletes. So, we will have serious contest.