Azerbaijan: Rising to the Challenge 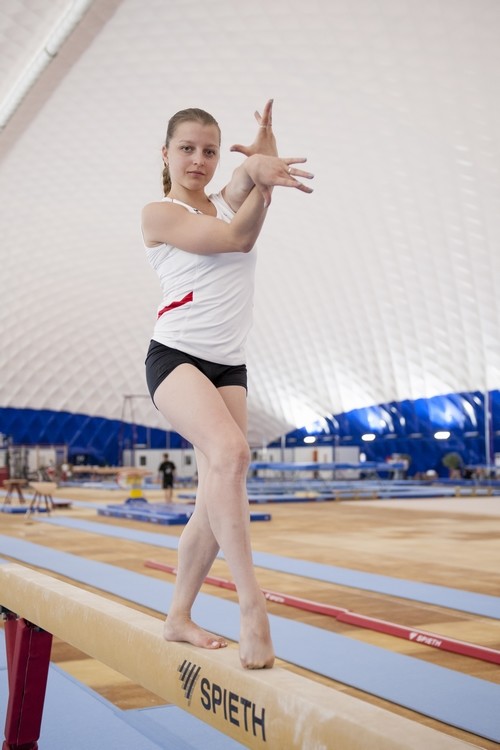 Azerbaijan is currently one of the fastest-moving nations in gymnastics. In the past, the program was primarily known for rhythmic gymnastics, but has been recently recruiting gymnasts of many disciplines from around the world. Now becoming very well-known in women’s artistic gymnastics, Azerbaijan won its first Europeans medal in the discipline at the 2014 Europeans in May.

“This year, we have participated in the European and World Championships for the first time in history of young Azerbaijan,” said Farid Gayibov, the Secretary General of the Azerbaijan Gymnastics Federation. “As you know, Anna Pavlova took [the] silver medal on vault [at Europeans]. In my opinion, these are very good results.”

At the 2014 Artistic World Championships in Nanning, Azerbaijan sent a full women’s team for the first time in the program’s history. The team finished 30th, just six rankings shy of qualifying a full team for the 2015 World Championships. “In comparison with the results of the last European Championships, [the results at Worlds were] not so good,” remarked Farid. “But we knew that all four girls had slight injuries and it was hard for them to do all-around. In general, they did their best at that moment.”

Moving forward, Azerbaijan is looking to continue to maximize its presence on the global stage. “Next year will be very difficult for us,” Farid said. “Our first and main goal is the European Games to be held in our country for the first time. This is like Pan American Games on your continent. Another goal is to qualify for the Test Event for Rio which gives a chance to go to the Olympic Games [in] 2016. I hope our girls will accomplish the tasks which we set and they will represent our country with dignity.”

When asked about some of the best up-and-coming gymnasts in Azerbaijan, Farid replied, “We [have] just started this discipline. So, at present, we have [a] senior national team. National teams for other age groups will be established at the beginning of the next year. Then, I can tell you.”

The recruiting process Azerbaijan began has brought such great gymnasts as Anna Pavlova and Yulia Inshina to their country. “We started to involve gymnasts from Russia in rhythmic gymnastics 11 years ago, when we had just begun to develop this gymnastics discipline,” explained Farid. “I can proudly say now that our local gymnasts have brought medals from the last six continental Championships. Now, we involve some foreign gymnasts for artistic gymnastics and I hope we will have the same results after several years.”

The inaugural European Games will be held in 2015 in Baku, Azerbaijan’s capital. “We are going to participate with a team. According to the rules, each team consists of three gymnasts,” said Farid.

According to Farid, the specific plan for Azerbaijani gymnasts in the lead-up to Rio 2016 is “for now…to qualify. Once we have qualified, we will start to create the goals.”

Many thanks to Farid Gayibov for taking the time to chat with Full Twist!