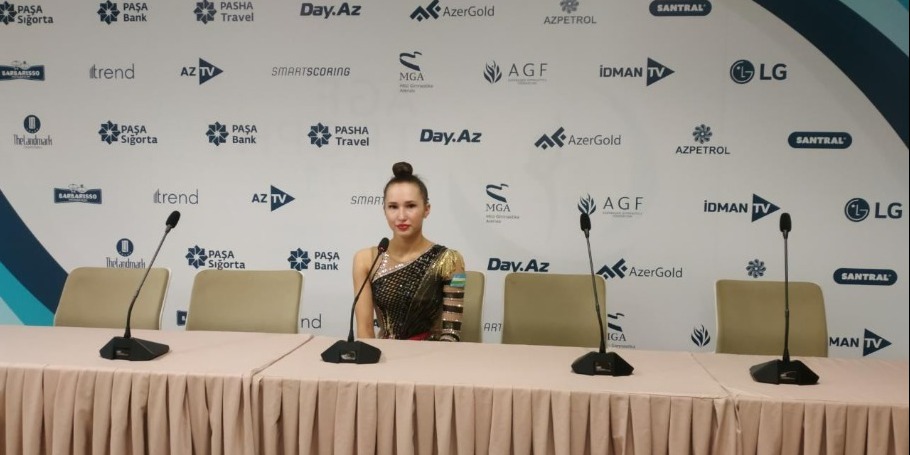 The best conditions have been created in the National Gymnastics Arena in Azerbaijan’s Baku city, a gymnast from Uzbekistan, Takhmina Ikromova told.

“The best conditions of all that I have seen before have been created in the National Gymnastics Arena,” the gymnast added. “I am in Baku for the first time and I really enjoyed performing and training here.”

“I am participating in the World Cup for the first time,” Ikromova added. “We were welcomed at the highest level and I think that the conditions are the best here. The participation in the World Cup was a surprise for me. Initially, another athlete was supposed to participate in the competition, but she was injured.”

“When I was informed about participation in the World Cup, I began to worry about the presentation of the program,” the gymnast said. “But then I began to train intensively. The team colleagues who have already performed in Baku said that they really like to train here.”

Ikromova did not perform the exercises as well as she planned during today's performance.

“I could have performed better,” the gymnast said. “I lost a ball perhaps because of excitement. But I will thoroughly train to show a good result tomorrow.”