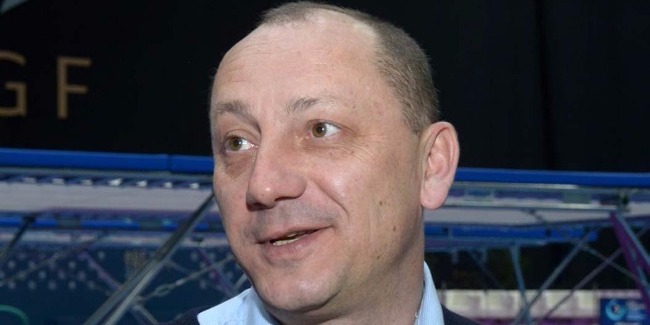 The FIG delegate said that he had very good impressions from his another visit to Baku.

“It is my third visit to Baku, and I like it very much, it's a nice city. Even today, an interesting story has happened to me. I was walking around the city in the morning, then I went to a cafe. I had no Azerbajiani currency, manats with me. I bought coffee and paid by credit card, and then asked the guys working at the cafe, to order for me a taxi whom I could pay money from my credit card. They said not to worry and that they would pay for my taxi themselves. I just want to emphasize the hospitability of Baku city! I was very pleasantly surprised,” he noted.

As for the organization of events, Poliaroush said that everything was at the highest level.

"Of course, the main thing is still ahead. But today everything is great. Computers and other equipment are ready. Everything is new and works perfectly," he added.

D. Poliaroush also noted that the strongest athletes from Russia, Belarus, Japan and the USA will arrive to participate in the FIG World Cup in Trampoline Gymnastics in Baku, to be held in Baku March 5-6.

"So, the level of the FIG World Cup in Trampoline Gymnastics will be quite high. Though it is the first competition in 2016, but I think that athletes are ready to perform well, as we have the Test Event in Rio de Janeiro in April," the delegate said.

According to him, Azerbaijan definitely has a great future in Trampoline Gymnastics.

“The country has good athletes, who already started to win awards. Ilya Grishunin won the bronze medal at the European Games in Baku. Sviatlana Makshtarova is very strong among women athletes. In general, Azerbaijan is ready to host the World Championships as the country has all the conditions for it: gyms, excellent organization level, volunteers, who help and work perfectly. I think the World Championships would have been run in Azerbaijan very well,” the Technical Delegate said.

Dmitri Poliaroush mentioned that there will be held the World Cup in Rhythmic Gymnastics in Baku in 2019 and the Trampoline Gymnastics European Championships in 2018.