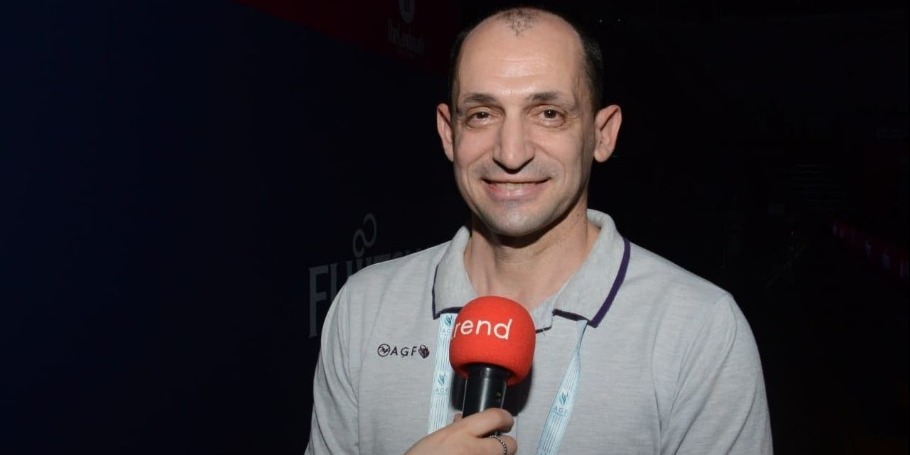 Azerbaijani athletes, despite the high competition, will do their best at the Aerobic Gymnastics World Age Group Competition, head coach of the Azerbaijani national team in aerobic gymnastics Marian Kolev told.

“Of course, the competition among athletes at the Aerobic Gymnastics World Age Group Competition in Baku will be fierce,” Kolev added.

“Azerbaijani gymnasts take training seriously,” head coach added. “On one hand, the fact that the competition will be held in Baku, in their native gym, helps them while on the other hand, it adds responsibility.”

“Our gymnasts were very happy to learn that it was allowed to hold competitions in Baku,” Kolev said. “If it is unknown whether the competition will take place or not, then the athletes' motivation also decreases. But when it was announced about the permission to hold the competition, the motivation increased and they began to put even more energy into training."

“Some 14 gymnasts from Azerbaijan will participate in the competition - eight of them in the age category of 12-14 years old while six in the category of 15-17 years old,” Kolev said.

"There are many promising athletes in Azerbaijan who try, train with great enthusiasm,” the head coach added. “I hope that the composition of the Azerbaijani national team will be even bigger in the next competitions."

“The representatives of teams from foreign countries are delighted with the process of organizing the competitions in Baku,” the head coach added.

"Everyone knows well how competitions are held in Azerbaijan,” head coach said. “I am sure that everyone is happy and pleased. I admit that I have participated in many international competitions both as a coach and as an athlete, but I have not seen such a hall, such an organization process as in Baku.”