Azerbaijani gymnasts: It is pleasant to perform at home 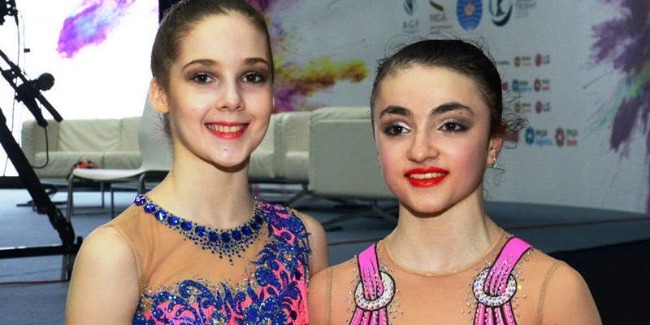 To perform at home is always pleasant, Azerbaijani gymnasts Narmina Samadova and Yelizaveta Luzan told Trend on the sidelines of the AGF Junior Trophy International Tournament, which kicked off at the National Gymnastics Arena in Baku April 23.

"We have very pleasant impressions following the first performances,” the gymnasts said. “We were greatly supported by fans in Baku. Their support helped us perform successfully. In general, we performed well, but we could perform even better.”

Commenting on her performance with the clubs, Samadova mentioned about the mistakes she made during the exercise.

"I made a few mistakes because of carelessness," she said. “If I was more attentive, I could have performed better. Many good athletes are participating in the competitions. Russian and Ukrainian gymnasts are our main rivals in this tournament.”