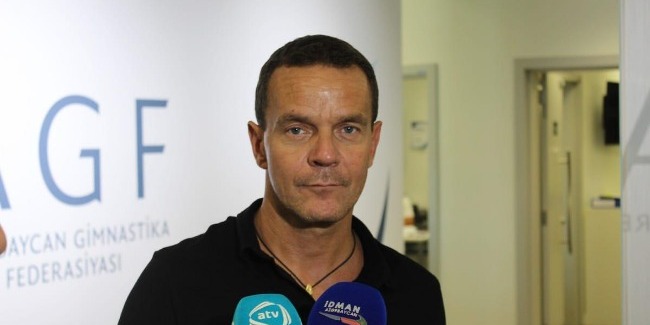 "The Azerbaijan Gymnastics Federation handles its responsibilities perfectly,” he said. “It has excellent infrastructure and perfect organizational skills for organizing gymnastic events. We are very glad to come here again."

“The current visit is related to the organization of the FIG Congress in Baku,” Buompane added.

"As you know, the FIG Congress will be held in Baku in late November-early December,” he said. “A number of very interesting issues will be discussed there. FIG President Morinari Watanabe wants to establish an independent fund to help victims of various abuses. This will be one of the main topics of the Congress.”

“Moreover, the issue of including such kind of sports as parkour in the list of gymnastic disciplines is planned to be raised at the Congress,” he said. “I have no idea if it is popular in Baku. A number of organizational issues will be also resolved."

According to the decision made at the 81st FIG Congress, held in Tokyo, for the first time AGF was charged with organizing the next Congress.

On December 2-3, 2018, representatives of the national federations, which are members of FIG and FIG Council, will gather in Baku to participate in the Congress, which is the supreme body of the Federation.