FIG President: Mehriban Aliyeva supports gymnastics not only in Azerbaijan, but all over the world 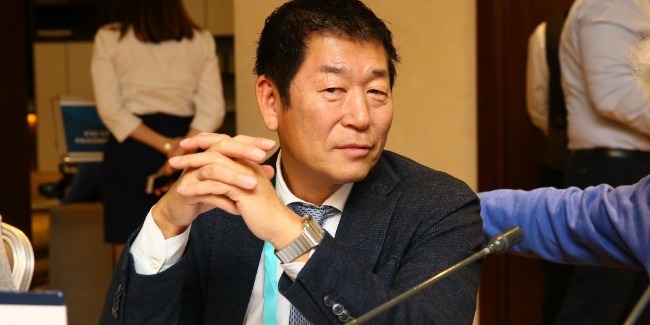 President of Azerbaijan Gymnastics Federation (AGF) Mehriban Aliyeva supports gymnastics not only in Azerbaijan, but all over the world, Morinari Watanabe, the president of the Fédération Internationale de Gymnastique (FIG) told Trend.

Watanabe made the remarks on the sidelines of the FIG Executive Committee meeting in Baku on Nov. 30.

The FIG president noted that AGF has organized many competitions and meetings on a high level and everybody visits Baku with great pleasure.

“Gymnastics is very strong in Azerbaijan and we can see it every time we come here,” the FIG president underlined.

He reminded that Baku will host Gymnastics European Championships in 2019, adding that the capital of Azerbaijan is capable to hold any competition.

Watanabe added that all sports should be spectacular, not just gymnastics. He further stressed that the main goal of the Federation is to make gymnastics easier for people to understand and to watch.

Watanabe also said that currently FIG has 147 member-countries out of 192 countries of the world and the accession of new members is on the agenda.

Speaking of the inclusion of parkour in the schedule of competitions, he said that this issue is on the agenda and expressed hope that it will be included in the schedule in the near future.

The representatives of national federations in FIG and members of the FIG Council will gather to participate in the 82nd Congress of the International Gymnastics Federation in Baku on December 2-3, 2018.

A meeting of the FIG Council was also held in Baku in 2017.