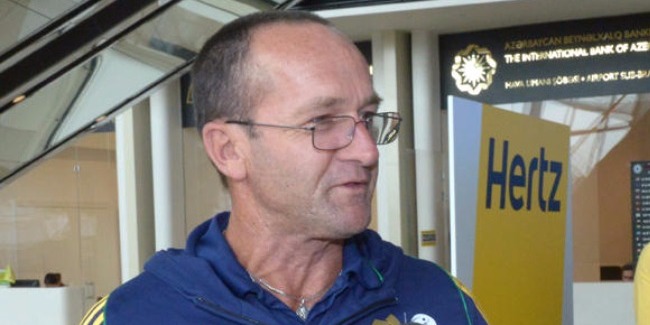 “I expect a high-level performance from the Australian gymnasts. Such events are very important for the athletes’ ratings and for potential selection for the Olympics. All our gymnasts are ready to represent the country with dignity. I think the primary goal is not to win a medal. The main thing is to perform well and at the highest level. At the same time, I hope that our athletes will be able to mount the podium. Among the main rivals, I would like to emphasize gymnasts from Russia, who always show high results. I would also like to mention athletes from Japan, and, maybe from Belarus,” the Head Coach stated.

Mr. Austine also noted that it would be very interesting for him to see the city and become acquainted closer with Azerbaijan.

“I am here for the first time. It was very interesting for me to come to this country, as, in my opinion, it differs very much from Australia.”

The FIG World Cup in Trampoline Gymnastics, being organized in Baku for the first time, will take place at Milli Gimnastika Arenası (National Gymnastics Arena) on March 5 & 6.

Athletes from Europe, Japan, Australia and the USA will participate in the event opening the new competitive season of the year.

In total, 77 gymnasts (46 men and 31 women) representing 17 countries, will participate in the tournament.