Head coach: “Azerbaijan to compete for medals at the FIG World Cup in Trampoline Gymnastics” 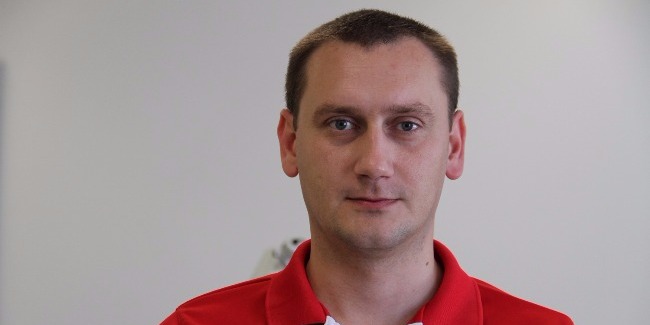 According to him, gymnasts have not reached their peak form yet as this is the first competition in 2016.

"I think the gymnasts have not reached the necessary form yet. In my opinion, our athletes are ready for 70-80 percent. The main thing now is to reach the peak form by the European Championships in Trampoline Gymnastics to be held in Valladolid (Spain) in a month. This was one of the most important competitions in 2016. The athletes have been already selected and we will try hard,” Vladimir Shulikin said.

Shulikin stated that the FIG World Cup in Trampoline Gymnastics to be held in Baku will be a quite impressive tournament.

"In my opinion, all the strongest athletes have arrived. Only the athletes from China and Canada could not come. All other strong European countries, as well as Japan, Australia, USA, Russia and Belarus are represented by leading athletes. Strong competition is expected and we will join this contest. According to him, among men, Azerbaijani team’s leader, Ilya Grishunin, can compete for medals. In synchronized exercises, Ilya Grishunin and Oleg Piunov can show good results. But I would repeat that we have not achieved good form yet. The result should be expected from the European Trampoline Gymnastics Championships," the coach said.

According to the coach, all athletes like the new design of Milli Gimnastika Arenası (National Gymnastics Arena) in Baku.

"Nothing disturbs us during preparations as we are at home. The athletes from other countries have only positive emotions. Everything is perfectly organized at the level of the World Championships, even the Olympic Games. Everyone, who has arrived in Baku, is very pleased. I think everybody will be content,” Shulikin said.

The head coach added that among male gymnasts Azerbaijan will be represented at the upcoming European Championships by Ilya Grishunin, Oleg Piunov, Ruslan Aghamirov and Dmitriy Fedorovskiy (to compete in the double mini-trampoline competitions, a separate trampoline discipline) and Mikhail Malkin, who will take part in tumbling events.

"Among female gymnasts, the team will be represented by Sviatlana Makshtarova and Sabina Zaitseva, who will perform in individual and synchronized competitions. So, we will set out for the Championships with a quite big team. A team championship will also be held and if we reach the final, it will be a great success in itself,” Vladimir Shulikin emphasized.