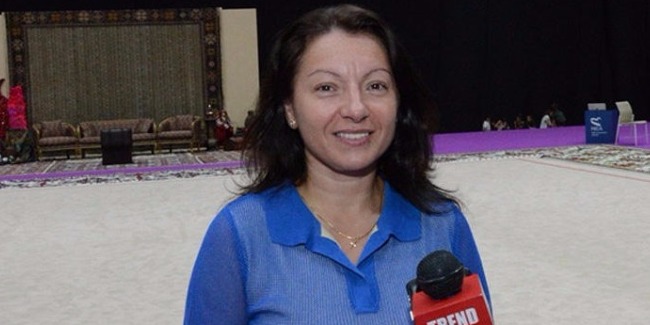 “Closing ceremony of the FIG World Cup Final in Rhythmic Gymnastics in Baku will be a logical continuation of the opening ceremony,” Mariana Vasileva, the ceremony’s director and the Head coach of Azerbaijani national team, told Trend.

Vasileva said the protagonist of the performance at the closing ceremony will once again be the Little Prince, who arrived in Azerbaijan and got acquainted with its beauties.

“According to the plot, the Little Prince, who has already been to all the beautiful places in Azerbaijan, is going home from the Yanardag hill,” she noted. “He will give the fire from this mountain to our best athlete Marina Durunda. She will go round the field, vineyards, and so forth, going back to the Shamakhi Observatory.”

She also expressed her regrets in connection with the latest developments in the world.

“These developments killed a lot of innocent people, children, who would have become famous athletes,” Vasileva said, adding that therefore, the first part of the closing ceremony is the “dance of lieutenants” dedicated to all the innocent victims.

“The dance will be accompanied by the song ‘Janab Lieutenant’. During the last element of the ceremony, little gymnast ‘stars’ will drive the soldiers out of the stage demonstrating that only sports can save the world from wars,” Vasileva said.

“They then dance and go with the Little Prince to his planet,” she added.

Vasileva also noted that they started to prepare this performance just a few days before the start of competitions, and it coincided with the reports about the death of an Azerbaijani senior lieutenant on the frontline, as well as the events in Turkey, France and Germany.

“Therefore, the closing ceremony is a little sad, but eventually, life doesn’t consist of funny moments only,” she explained. “Moreover, the ceremony is connected with the end of the competitions.”

Vasileva added that athletes of all ages, representing Artistic, Rhythmic, Trampoline, Acrobatic and Aerobic Gymnastics, will perform during the closing ceremony.