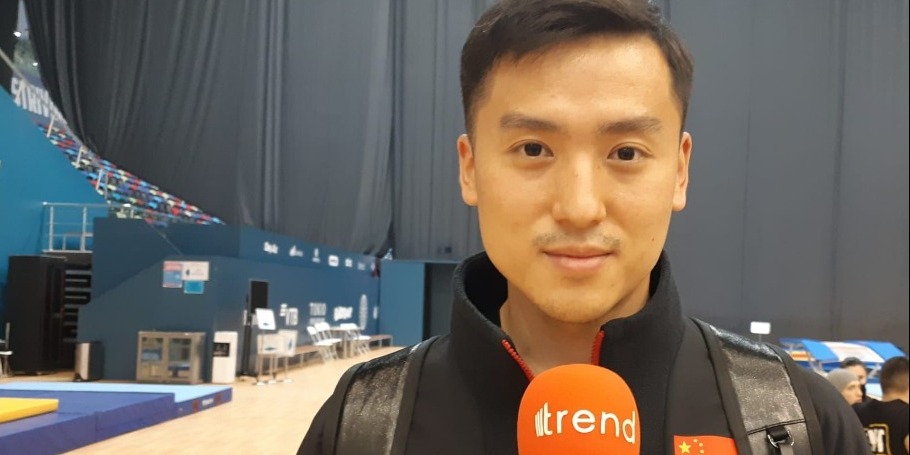 I feel at home in Baku, I have friends here.

Dong Dong's next visit to the capital of Azerbaijan is associated with the 35th world championship in trampoline jumping and tumbling in Baku. However, this time Dong Dong participates in the competition not as an athlete, but as a coach.

"We really like the National Gymnastics Arena in Baku, the Chinese team is pleased with the conditions created to prepare for the championship. At the competition, we will try to fulfill the program as much as possible, to do everything that depends on us," he said.

lso, within the framework of the World Championships, elections to the Commission of Athletes of the International Gymnastics Federation (FIG) in trampoline gymnastics will be held in Baku, at which Dong Dong nominated himself.

"My task is to share my experience with gymnasts, provide support to athletes, I will try to do everything that depends on me to promote them," noted Dong.

The 35th world championship in trampoline jumping and tumbling will be held in Baku on November 18-21. About 270 gymnasts from 33 countries will take part in the competition

At the championship, which will last four days, athletes will perform in the program of individual and synchronized trampoline jumping, as well as on an acrobatic track and a double mini-trampoline. The winners in the team competition will also be determined.