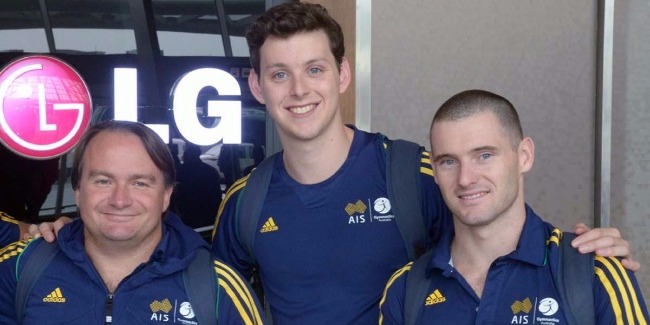 “It would be great to win a medal of the FIG World Cup in Trampoline Gymnastics in Baku,” Australian athlete Ty Swadling said in his interview with Trend News Agency upon arrival at Heydar Aliyev International Airport.

“The event in Baku is the second one for me in 2016. We have already had Championship in Australia. But this is my first international tournament this year. Every tournament is very important for me before the selection to the Olympic Games. I wish to demonstrate a high performance in Baku. I hope to reach the finals and win a medal. That would be great,” he noted.

According to the athlete, the level of gymnasts participating at the World Cup in Trampoline Gymnastics in Baku is very high.

“I think the main rivals are Russian and Belarusian gymnasts. I will start my performance between the silver and bronze medalists of the previous World Championships (Diogo Ganchinho and Andrey Yudin) who are very serious competitors.

The FIG World Cup in Trampoline Gymnastics, being organized in Baku for the first time, will take place at Milli Gimnastika Arenası (National Gymnastics Arena) on March 5 & 6.