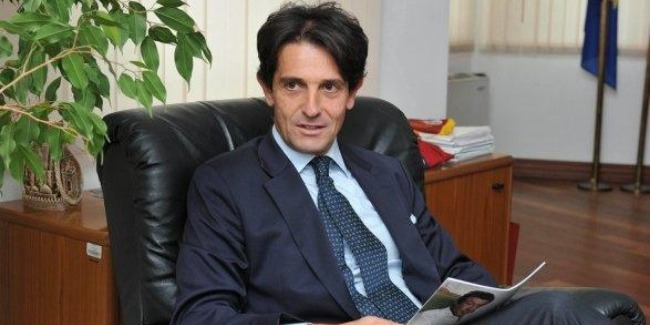 He said that he couldn’t watch the performances of the Italian gymnasts, but he attended the opening ceremony.

He said that he likes sports, adding that sports competitions are the way to dialogue and friendship among people. The ambassador also appreciated the National Gymnastics Arena in Baku, where the opening ceremony was held.

The National Gymnastics Arena is amazing, he said, adding that he visited it during the 2017 Women’s European Volleyball Championship in Baku.

Massari added that tennis is his favorite kind of sports, and he often plays it in Baku.

He added that being an Italian, he loves football, and supports Bologna Football Club.