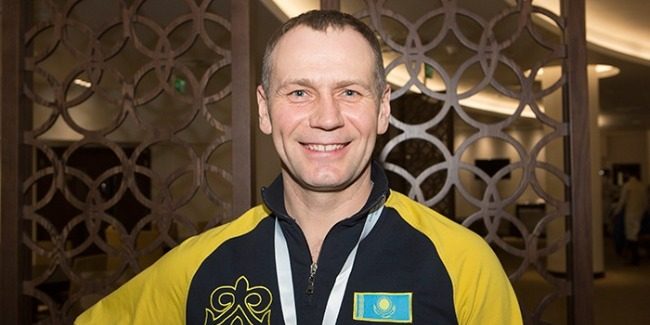 The Kazakh national trampoline and tumbling team arrived at the training camp in Baku on January 30, head coach of the team Sergey Vertyankin told.

“The training camps for members of the Kazakh national trampoline and tumbling team are held in the National Gymnastics Arena in Baku,” the coach said.

"Azerbaijan always welcomes athletes on a high level, provides them with all necessary conditions,” Vertyankin added. “We arrived at the training camp before the World Cup in Trampoline Gymnastics and Tumbling to be held in Baku on February 15-16.”

“The Kazakh team will be represented by four athletes, namely, two gymnasts in tumbling competitions and two – in trampoline gymnastics competitions," said the head coach.

“Strong athletes will come to the World Cup,” the coach added. “All our athletes must fulfill their difficult programs, reach the finals of the competition and be able to compete for medals. The teams that will come to participate in the World Cup are strong."

The World Cup in Trampoline Gymnastics and Tumbling will be held in Baku on February 15-16. The World Cup is a qualified competition for the 2020 Summer Olympics in Tokyo. Some 150 gymnasts from 30 countries will take part in the World Cup.