Leading athletes to participate in World Cup in Baku 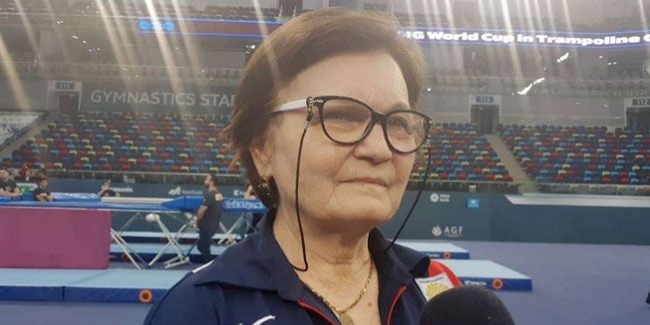 All conditions have been created to prepare athletes for the tournament, and even more so for competitions in the National Gymnastics Arena in Baku, coach of the Georgian national trampoline team Lyudmila Golovina said.

“The Georgian team arrived in Baku for training camps before participating in the World Cup in Trampoline and Tumbling. The team consists of two athletes - Tengiz Koshkadze and Luba Golovina. The World Cup in Baku is the first start this year. Competitions are important. Virtually all the leading athletes of the world will come to participate in them. Some of the athletes already have a license, while others will replenish their points for participation in the Olympic Games. The composition of the participating teams is good, the competitions are difficult,” Golovina said.

As Golovina noted, Georgian athletes have repeatedly performed in the National Gymnastics Arena in Baku, and have always been satisfied with the conditions created for them.

"We are pleased with everything - living conditions, food, and accommodation. The Arena Hall is beautiful, it is warm and comfortable here, we are being provided with the necessary assistance, and any of our requests are being fulfilled," the coach added.

She also praised the work of the coaching staff of the Azerbaijani trampoline team.

“We observe that athletes have been training since early morning, you have a wonderful coaching staff and gymnasts, and I think that you have great prospects and a great future,” Golovina added.