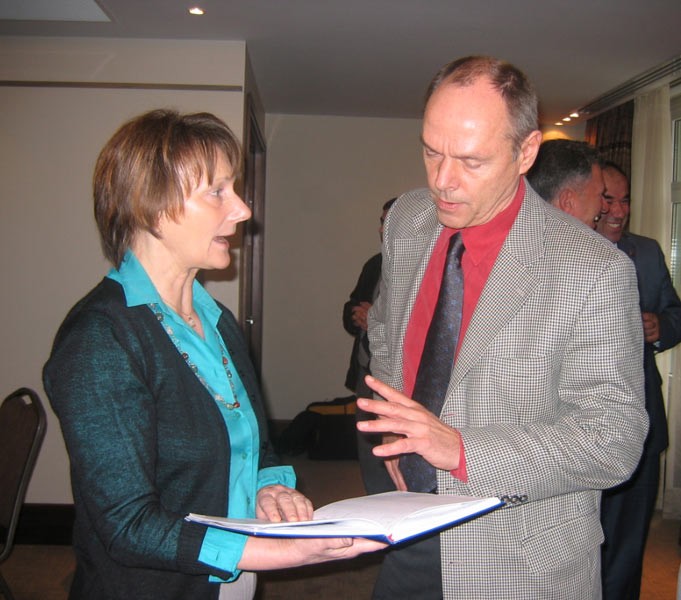 The visit of the European Gymnastics Union delegation which checked the readiness for the European Championships has come to an end. During the few day the director of the above mentioned organization Manfred Kucht and the president of the technical committee Heide Bruneder took part in the meeting of the organizing committee, visited the Sports Concert Complex named after Heydar Aliyev, had a meeting with the representatives of LiderTV and in general were satisfied with the level of readiness. It also became know that Eurosport channel will also broadcast the championship.

UEG received a government guarantee that, two weeks before the start of the championship the arena will be completely at the disposal of the Organizing committee. This will allow designing the hall and finishing all the necessary works so that the complex can be in its best shape by the beginning of the tournament. I think this European Championships will supersede the World Championships 2005, especially, taking into account the fact that all the best gymnasts are concentrated on the European continent. The rivalry for the awards will be among the gymnast who next year will be standing on the Olympic pedestal in Beijing. Presently, the Russian and Ukrainian gymnasts are the leaders in the European rhythmic gymnastics, and it is difficult for other gymnasts to compete with them. That’s why UEG is preparing a special program to increase the level of this sport in countries, which in the future can compete with the leaders. In this regard, I think that the example of Azerbaijan, where the gymnastics is devel

ng at a tremendous rate, is a very illustrative one. Azerbaijani gymnasts are good enough to perform at least in the final of the tournament. The progress your gymnasts made is clearly seen, they keep increasing their skills and I hope they will show their best at the championship. Taking into account the organizational capabilities of the national federation and the level of governmental support of sports in Azerbaijan, I have no doubts that the championship will be held at the highest level.

If you want to know my opinion, then I make a statement: the Azerbaijani gymnasts may surprise everyone at their home ground. Aliya Garayeva’s case when she won the bronze medals at the stages of Grand Prix in Moscow and Tie is a very illustrative one. So it is not impossible that your gymnasts may get involved into the rivalry among the acknowledged leaders.

Along with this I would like to note that the upcoming tournament is going to beat some records. I can not remember a case in my practice when 25 teams would compete at the European Championships.

As to the organizational matters, the preparation for the European Championships is going with at high speed, and we’re very pleased with this. I was also delighted to see the TV clip shown at the Organizational committee meeting. That’s why today I do not even have a slightest doubt that that the tournament will be held at a high level. The leading gymnasts are gathering in Baku and this is promising us an uncompromising fight. Moreover, the tournament will become a preparatory stage for the World Championships in the Greek city of Patras, where the licenses for the Olympic Games in Beijing can be gained.

I will be arriving in Baku again on April 26, but this time along with my own technical committee. I will hold a meeting with 6 members of the committee, and on 28 April the drawing of lots defining the sequence of the gymnasts’ and groups’ performances at the European Championships will take place. So as you can see we have only a little left till the start of the championship.

In the individual program the gymnasts from 31 c