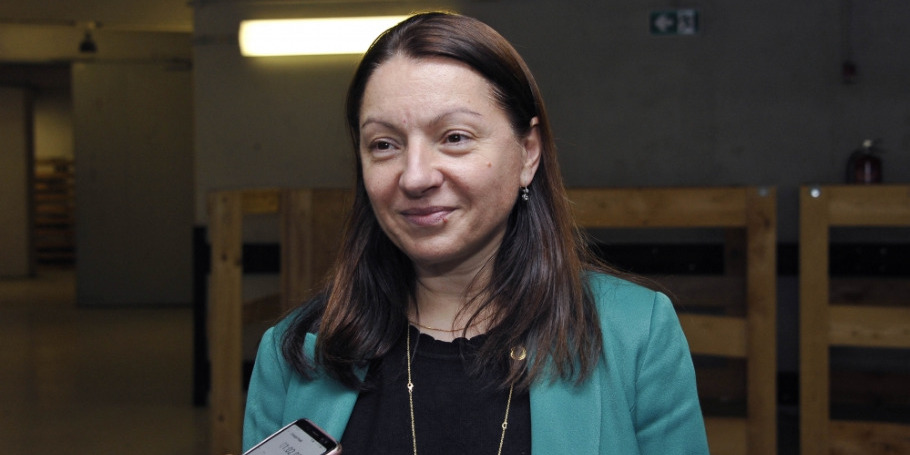 On March 16, Deputy Minister of Youth and Sports Mariana Vasileva watched the 27th Azerbaijan Championship in Rhythmic Gymnastics in Baku and gave an interview to journalists.
The Deputy Minister, emphasizing the successful organization of the FIG Trampoline Gymnastics World Cup at “Milli Gimnastika Arenasi” (National Gymnastics Arena) in February and successful performance of our representative Seljan Mahsudova stated: “Seljan was born and grown up in Azerbaijan. She won the Silver medal at the major competition. This proves the development of Trampoline Gymnastics in our country. Then our Acrobatic gymnasts were in the spotlight and made happy our people with their successful performances. Our gymnasts completed the World Championships with 1 Silver and 2 Bronze medals. The Azerbaijani National anthem was sounded in their honor at the World Age Group Competitions. On this occasion, I congratulate Azerbaijani people and AGF”.
M.Vasileva mentioned that the FIG Rhythmic Gymnastics World Cup will be held in Baku on April 22-24. She also pointed out that many countries were expected to take part in the competition: “Gymnasts from about 35 countries are planned to perform in the World Cup. I must admit that gymnasts, coaches and officials from other countries come to the competitions in Azerbaijan with a great pleasure and enthusiasm. They are always content with the conditions here, as “Milli Gimnastika Arenasi” fully meets all international standards. AGF always distinguishes itself with high-level organization. All the success and achievements are the results of the high attention and care shown to the sport by country’s President Mr. Ilham Aliyev and First Vice-president, AGF President Mrs. Mehriban Aliyeva”.
“Following the Olympic Games, the International Gymnastics Federation (FIG) has introduced new Code of Points in Rhythmic Gymnastics. The National Championships is held in accordance with these rules. National and foreign gymnasts have not participated in international competitions for a long time. At this championship, they will gain experience and skills. I hope that our Rhythmic Gymnasts will start the international competition season in Bulgaria. Our National Team is expected to take part in the World Cup competitions. Regular organization of tournaments is very important for both gymnasts and fans. Athletes gain experience as they participate in competitions and the fans enjoy the competition” – said M.Vasileva. 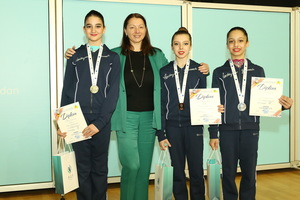