MARIANA VASILEVA: WE HOPE GARAYEVA WILL BE AMONG THE OLYMPIC PRIZE-WINNERS 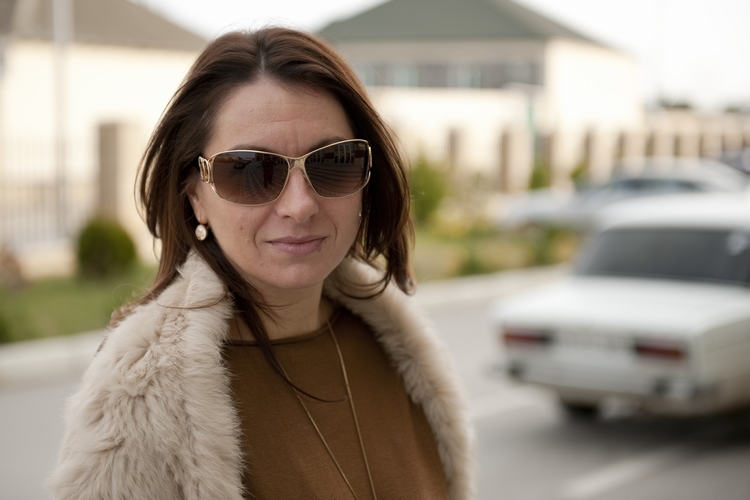 Azerbaijani Gymnasts have splendidly shown their worth last season. It can be proved by the bronze medal in the all-around won by Aliya Garayeva at the World Championships. The national team’s leader have already begun to prepare for the Olympiad, other gymnasts are also preparing for the New Year’s tournaments. The national team’s head coach Mariana Vasileva talked about bright moments of the past season, the first team’s immediate reserve and gifted youth in her interview to azerisport.com.
“How do you assess the year which is soon over?”
“It turned out to be successful. Azerbaijan has won an award in the all-around of the World Championships for the first time in history of rhythmic gymnastics. Thanks to Aliya Garayeva who made us very happy. Of course, our gratification from the last year would not have been complete if it was the only result. Also for the first time in history, our junior team in group exercises having taken the third place was among the top thee gymnasts according to the results of the European Championships in Minsk. Our girls succeeded to enter the list of prize-winners at many large-scale competitions as well. These results make us glad.”
“Will the preparation of Garayeva who will take part in the Olympiad will in any way differ from the program of other gymnasts?”
“The programs should certainly differ as Aliya Garayeva has to reach her peak form in August, the time when the Games to take place. As to other gymnasts, they have to prove themselves during each event as it is necessary for them to make a name for themselves in big time sports.”
“By the way, Garayeva’s medal in the all-around of the World Championships probably has a special implication as awards are won only in this program at the Olympiad, doesn’t it?”
“Yes, of course. Aliya’s result shows that she is among the leaders of the world rhythmic gymnastics. But we should not forget that Olympiad is a special event and even bright leaders have no victory guarantee. For example, we all remember how Alina Kabayeva dropped apparatus at the very crucial moment and failed to win “gold” as a result at the Games in Sydney. And we hope we will succeed and Garayeva will be among the Olympic prize-winners.”
“This year, a number of very young gymnasts made themselves known having successfully performed at various tournaments. So, can we speak about the generation continuity?”
“We have been worked on it for the last three years. And we have strong promising gymnasts, for example, Lala Yusifova who has won medals in junior competitions at the European Championships for the last two years. The junior group team splendidly proved themselves this year. We also have such promising gymnasts as Laman Hajizada, Gulsum Shafizada, Yekaterina Prokopenko, Mansura Bagiyeva. We should not forget about Zeynab Javadli as well who has come back after break and demonstrated good performances this year.”
“Thus, new pleasant cares are waiting for you in 2012…”
“Yes, this work really gives pleasure as well. We will tend to new heights.”