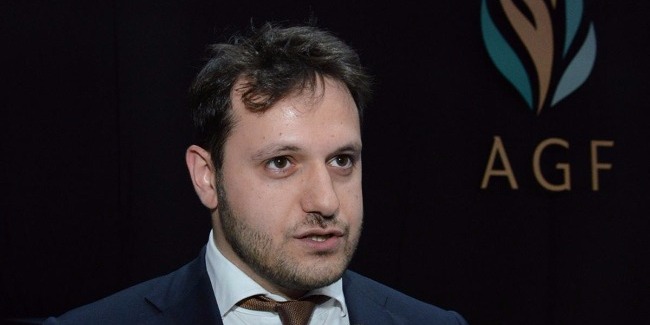 “As always, the hall is fully ready for the competitions. Three weeks before the start of the events, we begin checking and testing all the systems,” he said.

“Taking into account the hot days, we thoroughly test the air conditioning system and measure the temperature in the hall. I am confident that it will be comfortable for the audience here,” said the arena’s director.

Farzullayev noted that as part of the preparations for the World Cup, the National Gymnastics Arena has decided to offer a number of innovations in organizational issues both for the athletes and fans.

“As always, together with Azerbaijan Gymnastics Federation, the National Gymnastics Arena is trying to do something new,” he said.

“This time, we have decided to add national flavor to the World Cup Final in Rhythmic Gymnastics and have decorated the hall with Karabakh’s ‘chelebi’ carpet surrounding the main competitions floor on which the gymnasts will perform. This national pattern will also serve as a background in the awarding ceremony and during the speeches of officials,” added Farzullayev.

“Moreover, we have decided to create new hashtags for fans. Our fans like to take photos and post them on social networks,” he noted.

“We usually close a half of the hall for the competitions which do not require the use of the whole hall. This practice has proven itself, as first of all, this is very comfortable both for the athletes themselves and for the competition. It doesn’t mean that we will not use the other half of the hall. It will be used for gymnasts’ preparations for the performance,” he added.

Farzullayev invited Baku residents and guests to the competitions and support the Azerbaijani athletes.