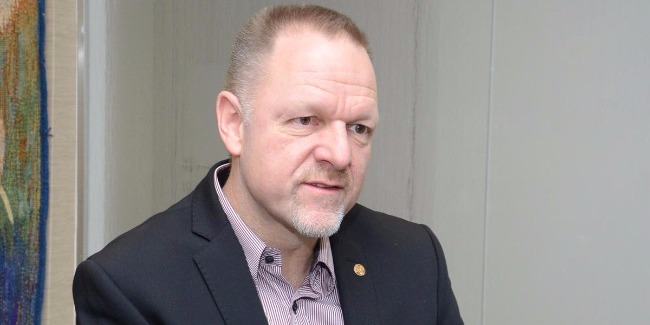 "New stars may get revealed during the FIG World Cup in Trampoline Gymnastics and Tumbling in Baku," Erik Juhl Mogensen, a member of the Executive Committee of the European Union of Gymnastics (UEG), told Trend.

He said these are the first major competitions in trampoline gymnastics and tumbling after the Rio 2016 Olympic Games, adding that some leaders in this gymnastics discipline completed their careers after the Olympics.

Mogensen was in Azerbaijan during Baku 2015 European Games and during the 2016 FIG World Cup series.

"Azerbaijan has a team of high-class professionals on the organization of the competitions. This year, the program of the FIG World Cup series also includes tumbling, making the Cup even more interesting," Mogensen said.

He expressed hope that the event will be perfectly organized, just like in 2016.

Mogensen went on to add that inclusion of tumbling in the program of the FIG World Cup series this year shows the development of this gymnastics discipline in Azerbaijan.

Eighty-five trampoline and tumbling gymnasts from 15 countries will test their strength on the basis of the new Code of Points coming into force in 2017.