Oleg Stepko: This year to be very important 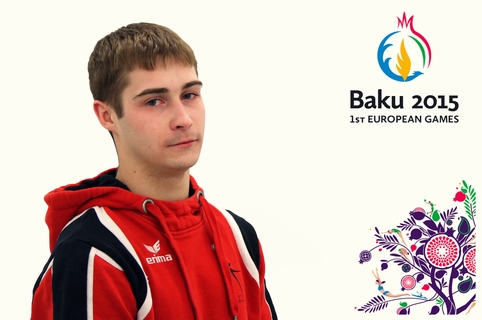 Bringing together a variety of sports, the first-ever European Games will be held in Baku in summer 2015. Men's artistic gymnastics is one of many disciplines that will be presented at the Games.

Nowadays, Azerbaijan Gymnastics Federation continues to develop this sport and holds various competitions among the smallest gymnasts, and the opening of new gymnastics sections throughout the country gives reason to hope that in the future the country will have many strong gymnasts.

On the eve of the Games, the press service of the Federation has done an interview with the World Cup bronze winner and AzerbaijanвЂ™s reigning champion Oleg Stepko. He is one of the contenders to represent our country in this large-scale sporting event.

Tell us how did you started to do gymnastics. Why did you choose this sport?
In fact, at first I did two disciplines at the same time - gymnastics and swimming. A little later, I had to make a choice - and I chose gymnastics. Maybe I had some special data for this sport; moreover coach said I can achieve certain results in gymnastics.

How do you think, could you perform in any other sport?
I think I could not. Well, unfortunately, I have no free time even to try.

How do you deal with the emotions in the day of competition? Are there any special secrets of self-control?
At each competition, I feel different, each of them is perceived differently. It is impossible to experience the same emotions at various competitions. It also happens that there are no emotions at all. I am just doing my program and then leave.

How dangerous is to engage in professional sports, or it depends on the sport?
Each sport is traumatic, but I still think that gymnastics is the most traumatic discipline. From childhood, we are taught how to avoid the slightest injury, and even when strangers come, they are given the same instructions that the coach taught us.

Do you have an idol in the sport?
An idol is an exaggeration, rather there are just people who have attained great success and are well-known in the world for their achievements. They give me an incentive to achieve results. For example, boxer Vasyl Lomachenko and several other athletes. They are professionals now and begin to show good results.

Tell us about your sports plans for the near future.
I am not going to think nothing and to talk in advance. An important year is ahead, many major events to be held; the next to be held in March is an AzerbaijanвЂ™s Open Championships and then - the European Championships, the European Games and World Championships, as well as the World Cup. Therefore, it will be a hard year and I do not want to plan any particular result. I do not want that situation to take place - I said one thing and did another.

What do European Games mean for you and how do you prepare for them?
The European Games for me is the same event as the European Championships; it is just large scale and grand event, as there are a lot of sports combined. Later I will begin to prepare specifically for the Games, as there is still four months and in addition to them there are other competitions.

If stay a little bit away from the sport - do you have any aspirations or dreams that you want to implement?
I do not knowвЂ¦ in addition to sports there are simply a desire to sleep. I have no more desire to be engaged in something, as trainings take all the time and all the power. Regarding the plans for the future - I do not think about this, because the sport is at the first place for me.

Do you have a loved one?
I have no time for a personal life and I believe that as long as one does a professional career, personal life is better to postpone. Not everyone will tolerate a man who is constantly engaged in trainings and is not near. Most likely it is necessary to look for those from the same sphere.

What do your fans usually shout, and want do you want to hear from them?
I do not have fans yet; I think the fans cheer only for the country, not for the athlete.