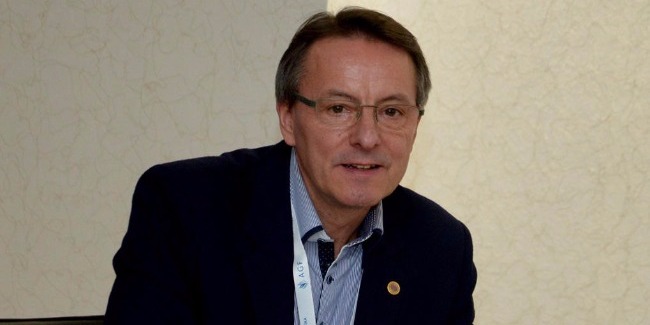 “The conditions created in Baku for holding the FIG World Challenge Cup in Artistic Gymnastics are among the best in the world,” said member of the FIG Technical Committee in Men’s Artistic Gymnastics, Albrecht Holger in his interview with Trend News Agency on February 17.

Albrecht said that he visited Baku for the first time and was pleased to be here. “I have visited a lot of World Cup series in different countries, but the conditions in Baku are one of the best. Arena for the competition is located in a convenient location and wonderful conditions were created for athletes and judges. I am confident that the competition will run smoothly (perfectly),” Albrecht said.

According to him, the International Gymnastics Federation decided to hold the first World Cup of 2016 in Baku for several reasons.

“Firstly, Baku perfectly organized and hosted the First European games last year, which became a big challenge for the country. All the feedbacks that we have received from the world of gymnastics was positive. Many people around the world know that Azerbaijan creates perfect conditions that are needed for major competitions. I think that in the future Baku will hold an important place in the FIG calendar. I do not exclude the possibility of holding here World and European Championships in future, it is possible, as all the conditions meet the highest standards,” Albrecht said.

He noted that there is an excellent National Gymnastics Arena in Baku, with a large hall for competitions, which can accept a large number of spectators, adding that it is an important condition.

“In addition, it is possible to place all the apparatus in the hall, which enables to compete in all gymnastics disciplines. Also, the country have a great experience in organizing major competitions and just two days before the start of the World Cup it is obvious that everything is well organized. In the upcoming cycle, several series of the World Cup will be the qualifying for the Olympic Games. In order to host these series we need special conditions, which Baku already has. Moreover, the city has all chances to hold the World Cup qualifying for the Olympic Games,” Holger said.

According to him, the development level of gymnastics in Azerbaijan is very high, as in sports as a whole.

“There are excellent conditions in the country for development and the people support sports, which is to be a part of our life.

He expressed his confidence that Azerbaijan could be a big power in Artistic Gymnastics.  “The country has all conditions here.  But it is a long way.  It is necessary to work with children and young people. Azerbaijan has great chances for the future,” Albrecht said.

The FIG World Challenge Cup in Artistic Gymnastics will be held in Baku on February 19-21.