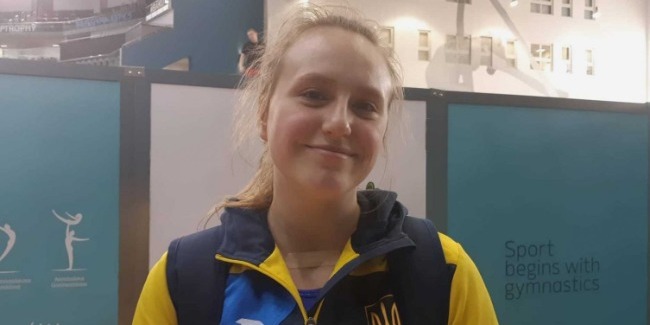 The organization of competitions in the National Gymnastics Arena in Baku is always at the highest level, Daryna Koziarska, Ukrainian female athlete, finalist of the FIG World Cup in Trampoline Gymnastics and Tumbling in Baku, told.

“The training before the competition was excellent, but there was a little difficulty during the qualifications,” Koziarska said. “Having analyzed my performance today, I realized that I made mistakes somewhere. Maybe I was tired.”

“This is my third visit to Azerbaijan,” the gymnast noted. “I am very glad that the World Cup is taking place here. Baku is one of my favorite cities. The organization here is always at the highest level. I am also glad that the FIG Trampoline Gymnastics World Championships will be held in Baku in 2021.”

Koziarska added that perhaps she will make her program in the finals a little harder.

“Everything will depend on how the warm up goes and how I will feel,” said the gymnast.