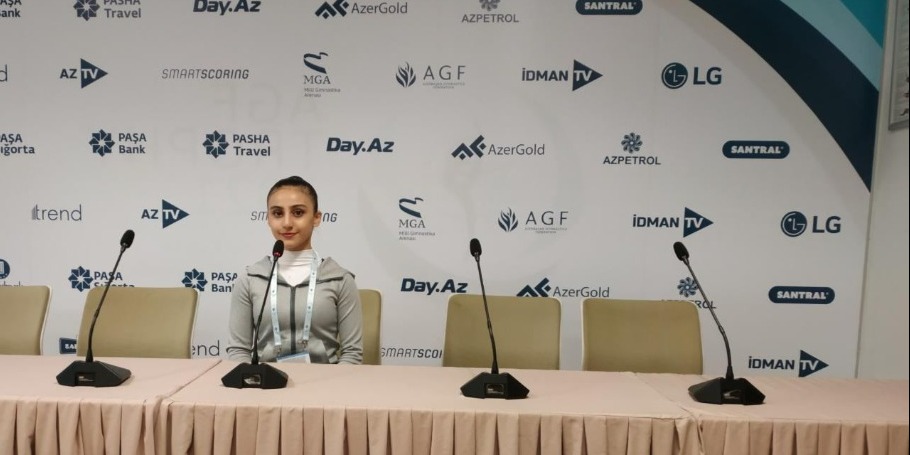 "The current World Cup in Baku has become one of my favorite competitions, and I’m happy that the competitions have taken place. This is my first competition in 2021. I think my performance was rather good but could be better. I made mistakes and will work over them in the future," Aghamirova said.

“Preparation for the Cup wasn’t easy, we had intensive training. After the European Championship, some changes were made to my program, it was complicated, but this is how I like it more," she noted.

The gymnast stressed that during her performance she lacks the support of the audience.

“When the spectators in the tribunes encourage and support me, it's much easier to perform, but now, given the current situation, I try not to pay attention to it and concentrate more on my performance. I know that our spectators, despite being absent in the hall, still are worried about us and expect good results," she added.