…AND ONE MORE MEDAL FROM BELARUS 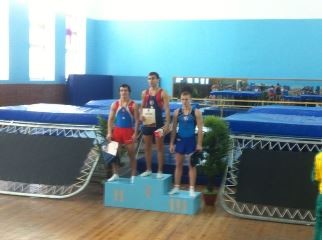 Gymnasts in trampoline has held the last tournament of the year as well. Flying gymnasts gathered in Belarusian Vitebsk at Open Slavic Games where an Azerbaijani representative also participated in successfully.

Having executed compulsory and voluntary programs, Ruslan Aghamirov reached the final, where he took the second place with the same voluntary exercise.

According to the head coach of the national team, Igor Bogachov, the main events for his gymnast in the New Year will become the European Championships in Portugal in April and the World Championships in the USA in November.