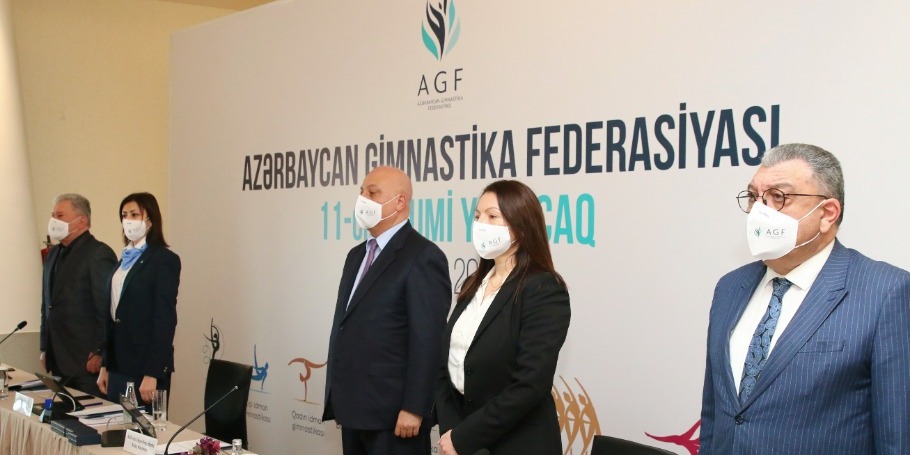 According to the AGF Statutes, this year's General Assembly had a port back election nature.

Before proceeding to the issues on the Agenda, there was a minute of silence in memory of the members of the gymnastics family who passed away within the last five years and the martyrs of the Second Karabakh War.

Making the report for the last 5 years, AGF Vice-President Altay Hasanov spoke about the achievements accomplished in gymnastics disciplines at the Olympic Games, World and European Championships and other major competitions, qualifications for the Tokyo-2020 Olympic Games, international events held in Baku, the development of new gymnastics disciplines and the success of AGF on the international arena. At the end of the report, A. Hasanov emphasized that all the work carried out and accomplishments were the result of the leadership and wise recommendations of the First Vice-President of the country, President of Azerbaijan Gymnastics Federation Mrs. Mehriban Aliyeva and extended his profound gratitude to her on behalf of the gymnastics community.

AGF Chief Accountant Viktoria Abushova made the report for 2020.

The approval of the reports were followed by the elections to the Executive Committee.

After the voting, a member of Azerbaijan National Assembly (Milli Majlis) - Rauf Aliyev, director of the Heydar Aliyev Sports and Concert Complex - Rafig Beybutov, Head Coach of the Azerbaijani Rhythmic Gymnastics National Team - Mariana Vasileva were confirmed as the members of the Executive Committee for the next 5 years.

In the end, athletes and coaches, who showed the best results in major competitions of 2020, were awarded with the memory medals.

It should be mentioned that for the first time, the voting was organized electronically with the support of SmartScoring, the first Azerbaijani brand mainly specializing in the calculation of scores during competitions.

Immediately after the General Assembly, the re-elected leadership of the AGF held its first Executive Committee meeting, which was the 37th in sequence number.

Thus, Nurlana Mammadzada, who has been AGF Secretary General for the last 3 years, was reappointed to this position. Members of AGF Disciplinary Commission, Nazim Rajabov and Aytaj Gasimova were reappointed as Chairman and member of the commission accordingly. It was decided that Namig Aliyev would be a part of the Commission for the first time.

Following the discussions, the report of the Head Coaches in gymnastics disciplines, amendments to several AGF Rules were approved. In addition, there were confirmed a list of awarded clubs / sports organizations and personal coaches of the gymnasts included into the National Teams in 2021. 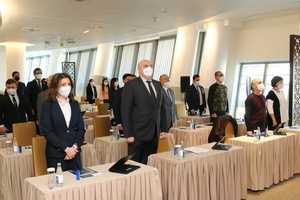 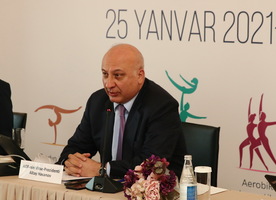 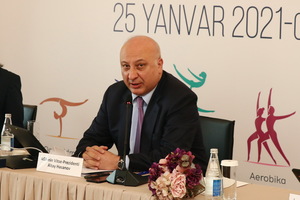 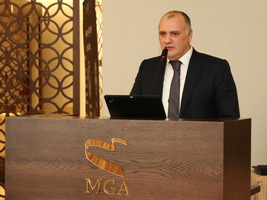 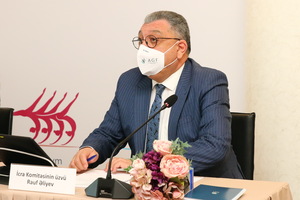 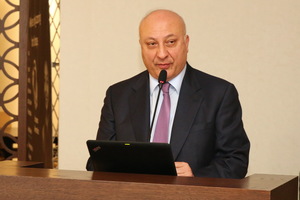 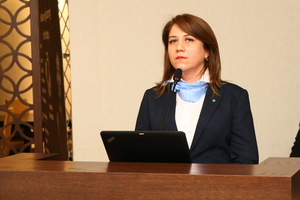 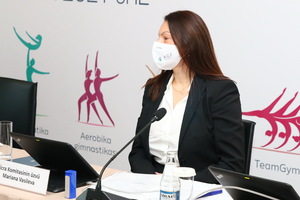 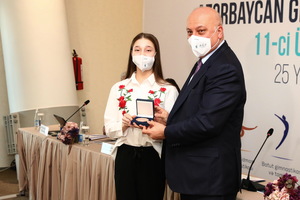 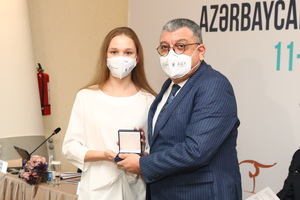 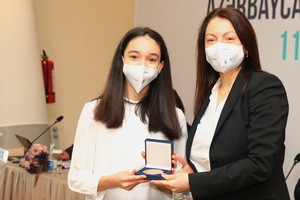 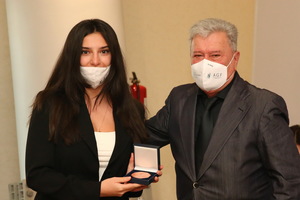 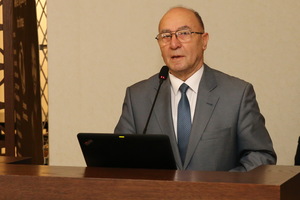 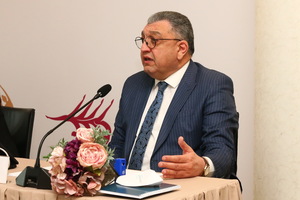 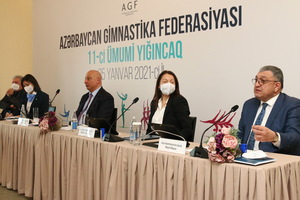 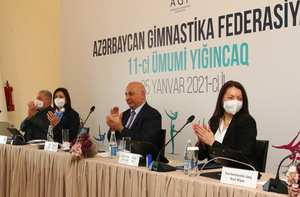 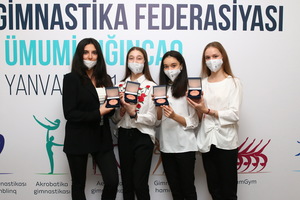 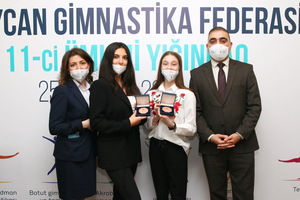