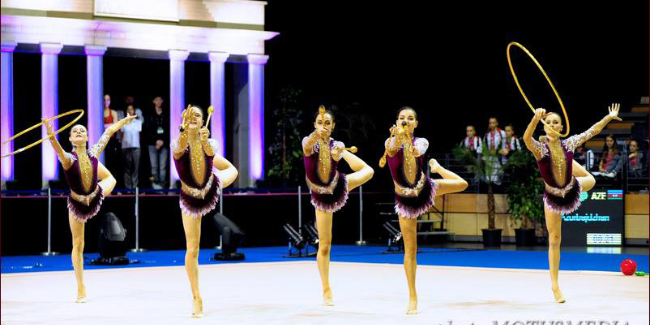 An annual Grand Prix series “Berlin Masters” in Rhythmic gymnastics has come to an end in the capital of Germany this week.

According to the qualification results, the group reached both finals. Exercises with hoops and clubs brought the bronze medal to our team having received 17.300 points. The girls took the 5th place for the exercises with 5 ribbons (16.900 points). In the all-around, our gymnasts, having received 33.850 points, took the fourth place.

Marina Durunda made the audience happy with her performances with a hoop and clubs in the finals. In both finals, she took the fifth places. In the all-around, Marina became the eighth.