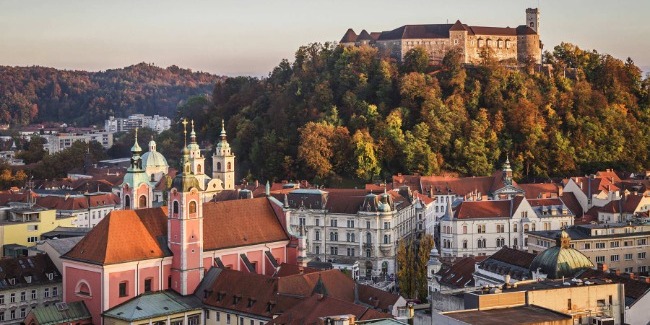 The victorious parade of a woman’s pair of acrobats, Ayla Akhmadova-Dilara Sultanova and the third place of a very young jumper Mikhail Malkin in the international tournament in Krasnodar, as well as the bronze pedestal of a rhythmic gymnast Aliya Garayeva from the competitions in Ljubljana – are in a focus of the last gymnastic weekend. The pair of Azerbaijani acrobats is continuing their progressive successful performance in international tournaments. This time, Ayla Akhmadova-Dilara Sultanova turned out to be stronger than their rivals in qualification as well as in the final. As a result, the pair took the first place and it is not a bad start on the threshold of the year’s main tournament planned to be held in June. The competitions in the south of Russia became the first in the composition of a national team for a 12-year-old Mikhail Malkin. Having successfully executed complicated twist and somersault exercises on the acrobatic track, he qualified for the finals, where he won the third place in a mixed combination. His team-mates Said Salimov and Khafiz Rzayev also reached the finals of the tournament and took the seventh and ninth places among the seniors accordingly. An overall champion of Azerbaijan-2008 in rhythmic gymnastics Aliya Garayeva competed in Slovenia, where she won 5 medals at once. She won the bronze medal in the all-around and with a hoop, clubs and a ribbon after a Russian Yevgeniya Kanayeva and a Belarusian Lyubov Cherkashina. “But in the exercise with a rope Aliya had decided to remake this gymnastic film and took the second place as a result. She lost only 0.07 points to a Belarusian gymnast. Nevertheless, I’m contended with this result – Aliya performed very well,” the coach of the sportsman, Marina Govorova, said. Garayeva’s successful performance coincided with her recognition as a “world class gymnast”. Neftchi’s representative was entered in a special list of the International Gymnastics Federation and was awarded with an appropriate FIG sign. The document regarding it was signed by Andre Gueisbuhler, the secretary general of the above mentioned organization. According to this document, Zeynab Javadli is also honored with this title. Thus, the surnames of four Azerbaijani gymnasts (Dinara Gimatova and Anna Gurbanova have already been honored with this title) figure in the FIG list. Finally, Garayeva, Gurbanova, the country’s group team completing its training camp In Bulgaria, as well as a junior Samira Mustafayeva will take part in the World Cup and international tournament to be held in Kiev on the days of celebrating of Novruz holiday (March, 21-23).