“NEFTCHI” IS THE THIRD CLUB IN THE WORLD 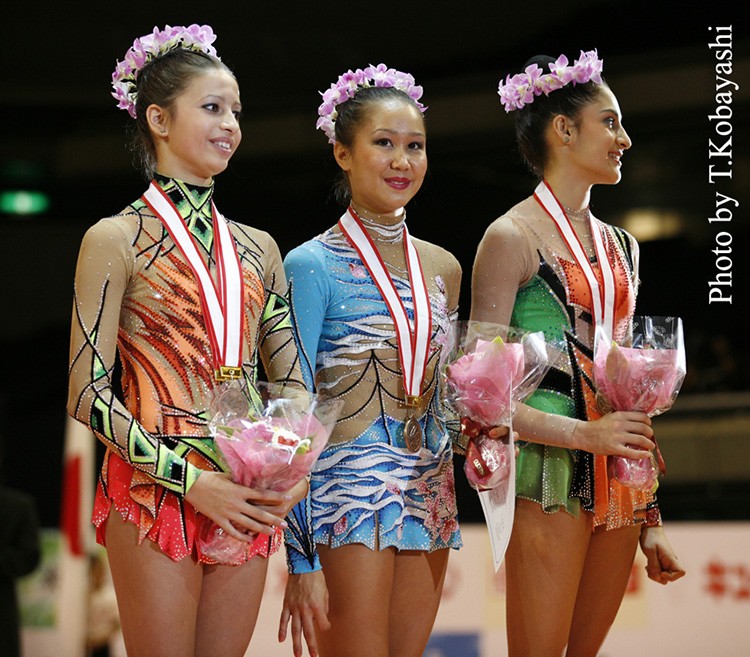 The team, consisting of “Neftchi” gymnasts, won the bronze medals at the World Championships among the clubs held in Tokyo.

According to the press service of Azerbaijan Gymnastics Federation, Aliya Garayeva, Zeynab Javadli and Samira Mustafayeva received 227.193 points in the final and took more than 13 points lead over Bulgarian rivals from “Iliana” club. It should be mentioned that “Neftchi” has been stopping a step away from the bronze medals for the last two years.

As it was a year ago, the Russian collective “Gazprom” became the World Champion among the clubs again. The silver medal’s holders did not undergo changes as well – the second place was won by Ukrainian gymnasts from the “School of Deryuginikh”.

As to the individual events among the juniors, Samira Mustafayeva, can boast of the second medal won. It should be mentioned that she had taken only the 5th place after the two performances, but after the performances with clubs and a ribbon, together with the gymnasts from Russia and Belarus, she succeeded in mounting the Japanese pedestal as a gymnast who won the third place (93.397).

Aliya Garayeva needed only 0.1 point in order to supplement the team’s medal box from that tournament. According to the all-around final results, she became the 4th after Natalya Godunko from Ukraine. Zeynab Javadli accomplished her performances within the second group of ten gymnasts.

An Olympian Champion-2008 Yevgeniya Kanayeva from Russia became the winner, the second place was won by the World Overall Champion (2007) Anna Bessonova from Ukraine.

Anna Gurbanova, taking part in the pre-final Grand Prix event in Berlin, could also have taken the third place. She became the 4th (68.025) in the all-around and performed in all finals having won the 4th – 5th places. Here, the victory was celebrated by a Russian Vera Sesina.

After the performance of the balance exercise, the women’s pair had taken the 6th place among the 12 pairs. The demonstration of tempo and especially mixed combination consolidated their places and they successfully reached the final from the 5th place.

According to the overall results of the final performance with combined exercises, Ayla Ahmadova – Dilara Sultanova received 28.14 points from the judges and took the 6th place. Gymnasts from Belarus became the World Champions, the second place – Belgium, the third place – Russia.

The men’s group also reached the final after the performances in qualification. They executed the mixed combination best of all and took the 6th place among the 8 groups according to the overall result of three performances.

Rustam Najafguliyev, Ilham Abbasov, Elnur Mammadov and Farid Mammadov splendidly performed with combined exercises in the final but took only the 5th place due to the judges’ gross mistakes. Russian acrobats became the World Champions, “silver” was won by China, “bronze” by Great Britain.