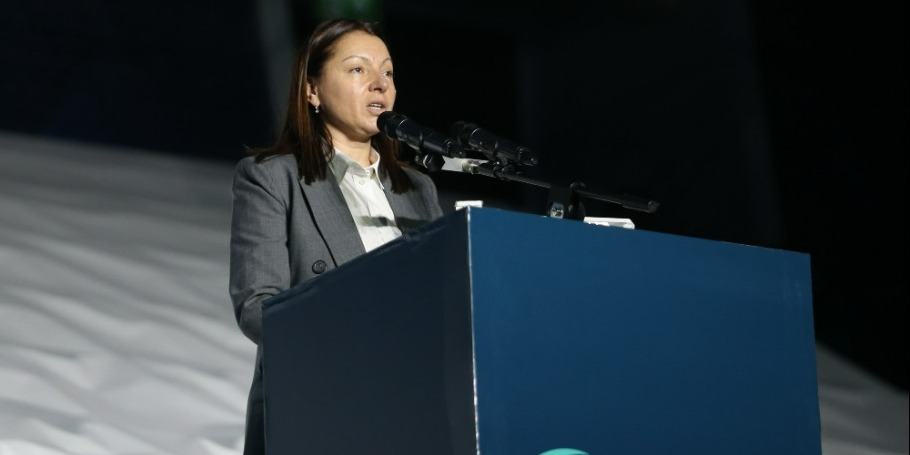 The FIG Artistic Gymnastics Apparatus World Cup has started in our capital city today.
Speaking at the Opening Ceremony of the competition, the Deputy Minister of Youth and Sports Mariana Vasileva emphasized that Artistic Gymnastics is one of the most interesting and popular Gymnastics disciplines in our country. She also stated that this Gymnastics discipline is met with great interest at the Olympic Games. After the Opening Ceremony, gymnasts began to perform at the competition. On the first day of the World Cup, male gymnasts performed on Floor Exercises, Parallel Bars and Rings, while female gymnasts competed on Vault and Uneven Bars. On the first day of the events, five representatives of Azerbaijan tested their strength.
Our gymnast - Ivan Tikhonov presented a program on Parallel Bars, Mansum Safarov - Floor Exercises, while Nikita Simonov competed on Rings.
Ivan Tikhonov took the 8th place on Parallel Bars (13,933 points) and qualified for the Finals. Nikita Simonov ranked 6th on Rings with 14,266 points and reached the Finals. Samira Gahramanova competed on Vault, while Milana Minakovskaya performed on Uneven Bars among women.
145 athletes from 34 countries take part in the competitions. The first two days of the four-day competition will be Qualifications and the next days will be the Finals.