The FIG Cup and the Gold medal from Switzerland 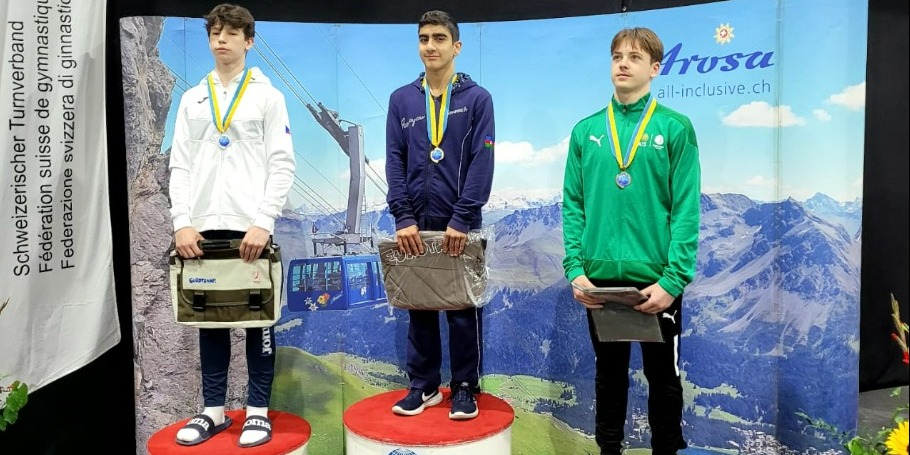 There were held the FIG Trampoline Gymnastics World Cup and the 51st “Nissen Cup” International Tournament in Arosa (Switzerland) on July 1 & 2. Having left behind all his rivals, member of the Azerbaijani National Team, representing our country at the international event - Magsud Mahsudov, won the Gold medal.
According to the results of the final performance, member of our National Team competing at the World Cup in the same city - Seljan Mahsudova, ranked 5th. Our athlete was awarded with (FIG) Cup of the International Gymnastics Federation based on the total points collected at three out of four World Cups she participated in this year.