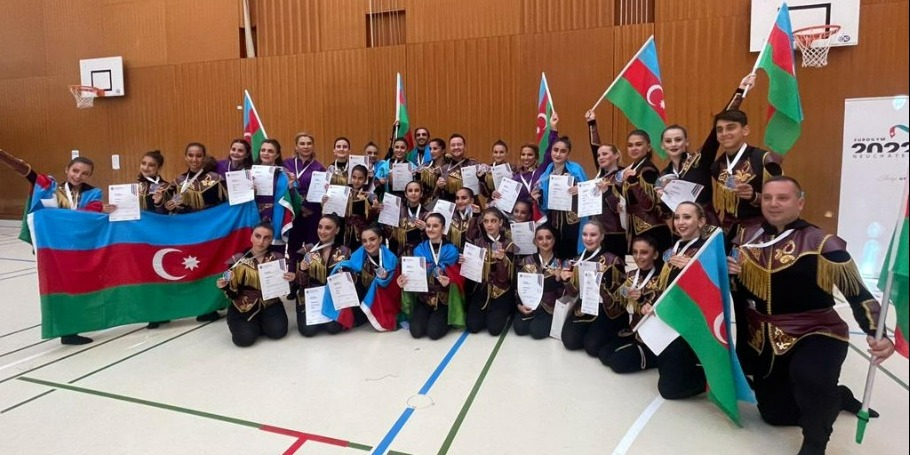 On July 10-14, Neuchâtel (Switzerland) hosted the “European Gym for Life Challenge” festival under the auspices of the European Gymnastics.
873 gymnasts from 12 countries participated in 31 groups at the 3rd mass sports festival in “Gymnastics for All” discipline. Our country was represented in the event by the team called “Moonlight”. The interesting and colorful compositions of the participants were evaluated mainly according to the criteria of diversity, technique, safety, originality, general impression and fun.
It should be mentioned that all participants at the events in this discipline are considered winners and presented with the Gold, Silver and Bronze medals. “Moonlight” team, including 33 Azerbaijani athletes, was selected from the best ones and awarded with the Silver medal for their brilliant performances to the national and foreign music. Our team included not only athletes from the capital city but also representatives from Nakhchivan AR and Zagatala.
Representatives of Azerbaijan won the Gold medals at the “European Gym for Life Challenge” held in Belgium in 2018 and the “World Gym for Life Challenge” festival held in Norway organized by the International Gymnastics Federation (FIG) in 2017.
It should be mentioned that today “Flame” team from Azerbaijan will perform at the “EUROGYM” competition to be held in the same city.