The British Championships is remembered with 4 medals 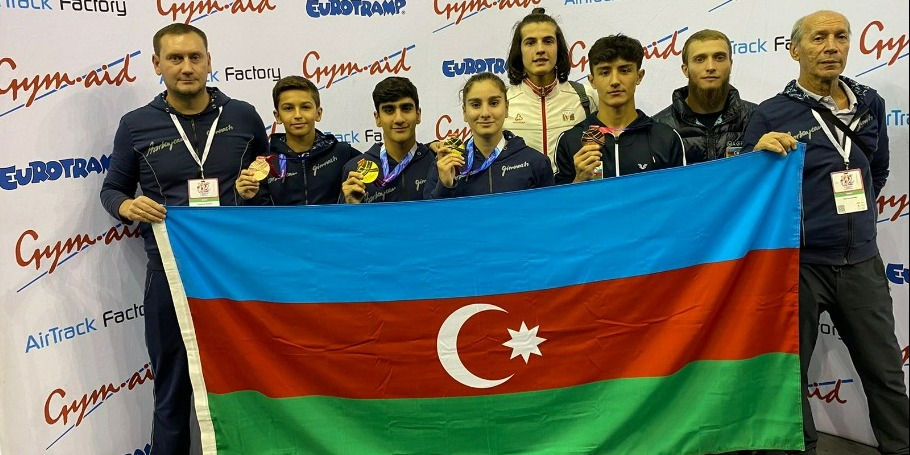 On October 1-2, there was held the Jaffa Trampoline, Tumbling & DMT British Championships in Birmingham. At the competition, our country was represented by the members of our National Team in Trampoline Gymnastics - Magsud Mahsudov, Seljan Mahsudova, Huseyn Abbasov, as well as Tofig Aliyev in Tumbling.
The representatives of our team successfully completed the Championships. Having left behind all their rivals, the members of our National Team - Magsud & Seljan Mahsudov’s, won the Gold medal. Our athletes Huseyn Abbasov & Tofig Aliyev were awarded with the Bronze medals.
The participation of our gymnasts at this competition is definitely useful. It should be mentioned that Great Britain is among the world’s leading countries in the development of Trampoline Gymnastics & Tumbling.