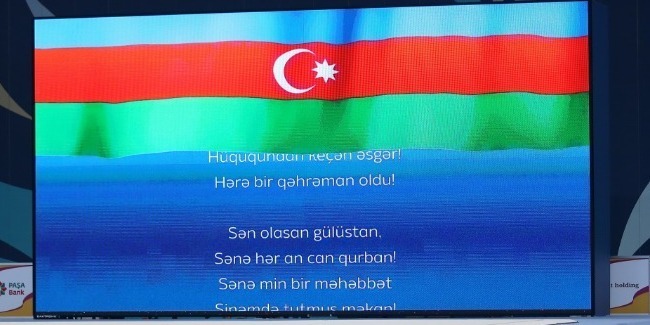 Today, the "GymBala" International Tournament in Rhythmic Gymnastics has come to and end at Milli Gimnastika Arenası (National Gymnastics Arena).

Unlike the last year's competition, at the GymBala tournament held for the second time, this year, along with the gymnasts representing our national clubs, athletes from Kazakhstan, Ukraine and Egypt also performed and found themselves among the prize-winners.

It is worthy to mention that a rapid development of Rhythmic Gymnastics in the regions for the last years, greatly contribute to local competitions year by year.  For the first time Aghdash was included into the list of regions we usually used to see at our local competitions. Moreover, Rhythmic Gymnasts representing Sumgayit, Zira, Gusar, Ganja, Mingachevir, Ismayilli, Goychay, Shaghan, Zagatala, Zabrat and Shirvan also competed for the medals in different age categories.

The tournament with a participation of more than 200 both experienced and very young gymnasts in total came to an end with exhibition performances.