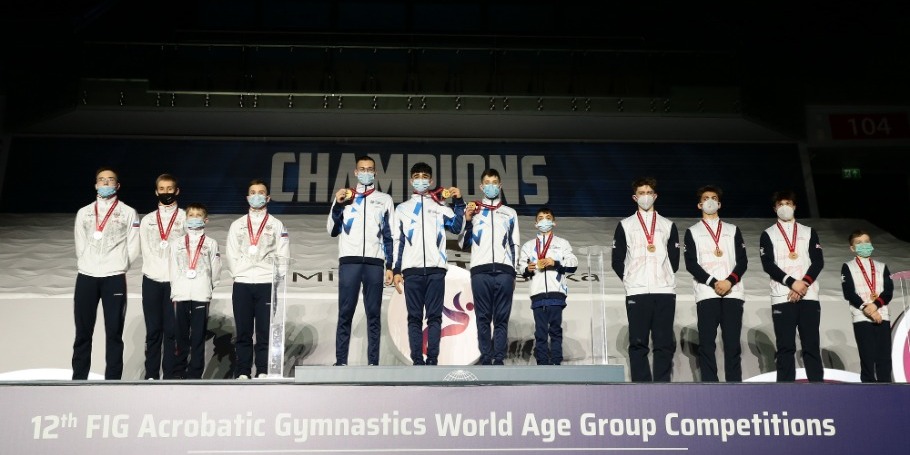 On the third day of the 12th FIG Acrobatic Gymnastics World Age Group Competitions, there were held Qualifications for the gymnasts aged 13-19 and the Finals for the 12-18 age group.
The representatives of our Women’s Group in Dynamic exercises (13-19 age group) - Leyla Bashirova, Nazrin Farmanova and Mansuma Mammadzada have received 26.870 points from the judges and took the 6th place. The competitions in Balance exercises will be held tomorrow. In total of two exercises, first 8 teams will compete in the Finals.
Our Mixed Pair consisting of Nizam Khamidulin & Milana Aliyeva in Combined exercises (12-18 age group) completed the events on the 7th place with 26.400 points in the Finals. The Russian Pair took the 2nd place (27.340), the Kazakhstan National Team ranked 3rd (26.750).
The Israeli gymnasts within Women’s Pairs have received 27.640 points from the judges and mounted the first step of the podium. The French National Team got the Silver medal (27.500) and USA pair won the Bronze medal (27.400). The Israeli gymnasts within Men’s Group won the Gold medal with 28.230 points, the Russian representatives took the 2nd place with 27.980 points and Great Britain became the 3rd with 26.890 points.
The representatives of Great Britain within Men’s Pair became winners of the tournament with 28.050 points. The Russian gymnasts completed the competitions in the second place (27.600). The Bulgarian Acrobatic gymnasts won the Bronze medal with 27.250 points. The Russian National Team within Women’s Groups took the 1st place with 28.050 points, the second place – the USA National Team (27.800), the third place – the Portuguese National Team (27.320).
Women’s Pairs will compete in Dynamic exercises in the 13-19 age group and Women’s Groups in Balance exercises tomorrow.
After the Qualifications of this age group, there will be held the Finals of all categories in Combined exercises. 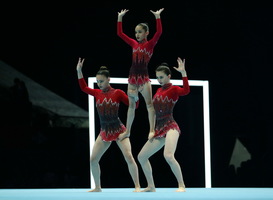 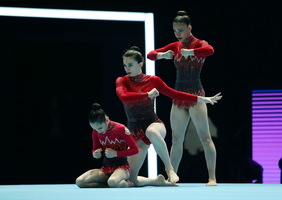 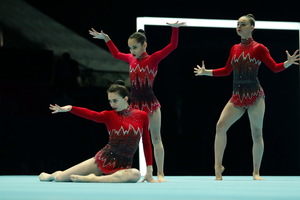 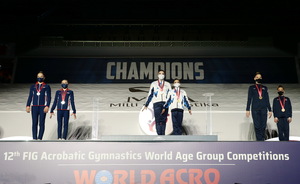 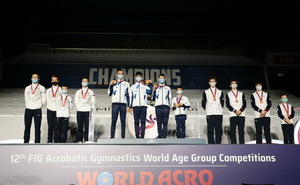 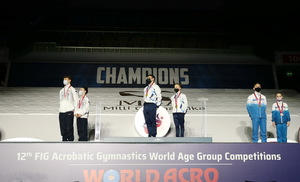 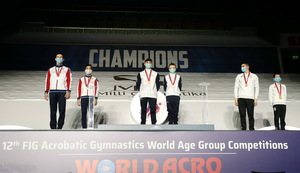 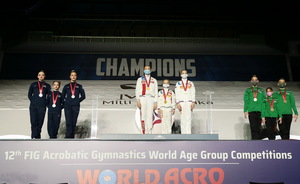